Today we visited the Roman remains at Locuon. Behind the church in this small Breton village is a Roman quarry where granite blocks were hewn to build the town of Carhaix some considerable miles distant. Apparently, it was worth carting it all the way to Carhaix because, apart from labour costs being considerably lower than they are today with a surfeit of Breton slaves, the granite is high in white mica so resembles marble when in situ. Within the quarry there is the later addition of a chapel with the usual Virgin Mary and accompanying religious paraphenalia set into the quarry walls etc. . . 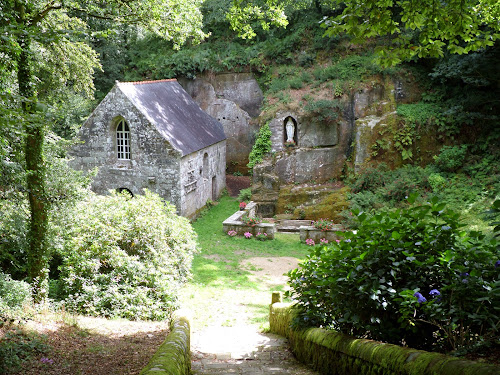 More interestingly, you can still see the 2000 year old tool marks on the granite blocks that form the wall of the quarry. 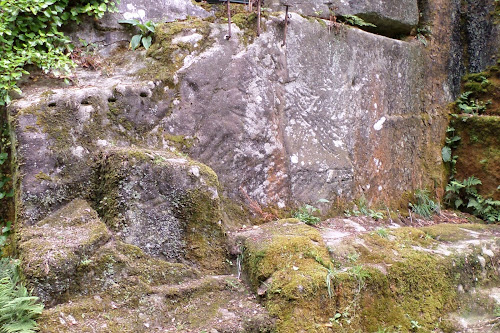 Further below, there is what seems to be a baptismal pool – but who knows, maybe it was an ancient Roman sacrificial spot where the unlucky victim would be taken and have her (it is invariably a ‘her’ in all the Hammer Horror films I have seen so I am prepared to argue this point of historical accuracy . . .) throat slit, thereby allowing warm blood to gush into the trough and thence into the pool below, where naked Romans would cavort in it prior to, or during, the requisite orgy/feast/whatever . . . “STOP, you ar talking complete and utter b*******. . . .” says S at this point. 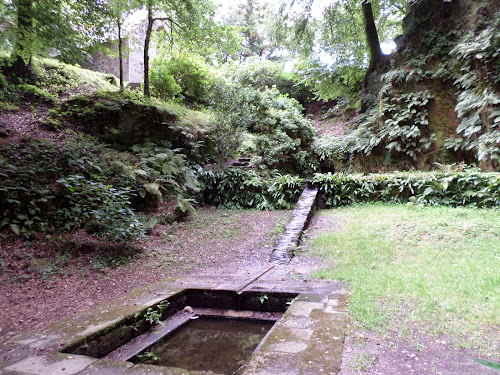 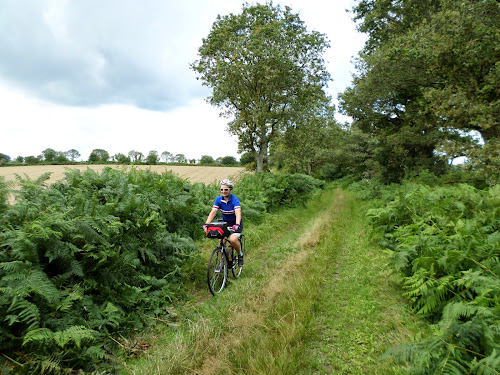 Quite apart from that, we have tracked down the pungent odure emanating from the kitchen. It seems that it is not after all S’s cycling shoes but the wheel of rustic camambert that we purchased several days ago . . . clearly it is coming to full ripeness, so we shall have to eat it.