Well, this is what we came for – to see the Tour of Spain. On Saturday the plan was to cycle down to Panes then further down the river valley and find a spot where the race passed. As it turned out there was an ideal place, on a small bridge across the river near to several restaurants and bars. Unlike the Tour de France La Vuelta is a much more relaxed affair, reflecting the Spanish character I would assume. So, although we arrived at 1 pm and the race was due to pass between 2.30 and 3 pm, there was no guarantee that this would be the case. Nevertheless we managed to get in a 3-course menu del dia. As we sat eating there was a certain amount of twitchiness that we would miss the race but as it turned out we finished in good time to seet he race . . . ‘mañana, mañana’ as they say in Spain.

But the main event was today, the mountain-top finish at Lago de Covadonga. We set off at 10.30, in good time to ride to the top of the mountain to see the race. We stopped at the bottom for a cafe con leche and, being caught out before on this climb, I elected to indulge in a bocadillo – bacon and cheese bap to you – becaus the next 12 km would be foodless. I can assure you that it kept me company all the way up . . . burp! The sun was out at this point; the climb to the lago (lake) is unretlentingly steep; on and on it went as I winched myself up; the sweat runnning down may face and into my eyes, down through my shorts and into my socks, oozing from every pore of my body. I daren’t stop becuase I’d never get going again, even grabbing a drinks bottle was a technically challenging event . . . but I eventually gained the summit at 1120 m . . . 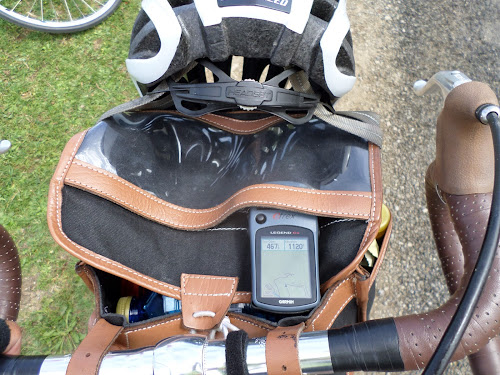 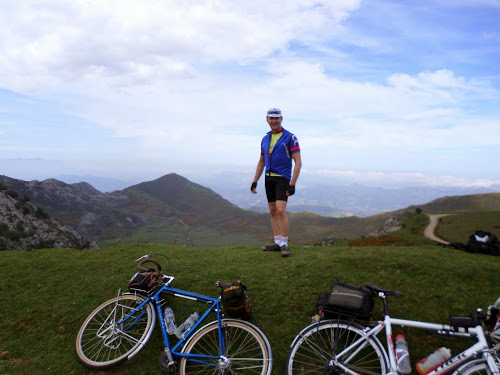 At the very top there was snow on the peaks . . . honest 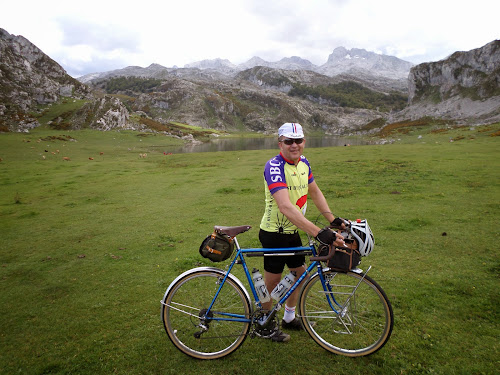 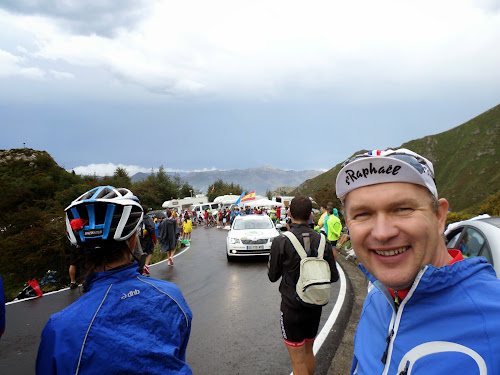 Contador and Valverde fighting it out on the steep part . . . 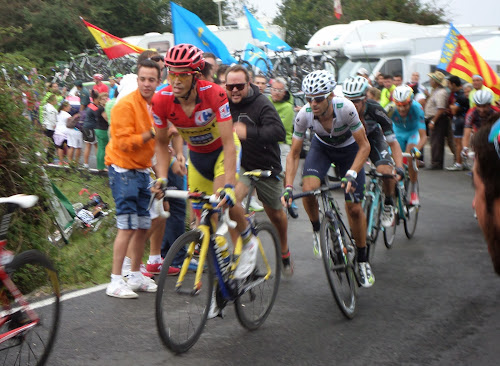 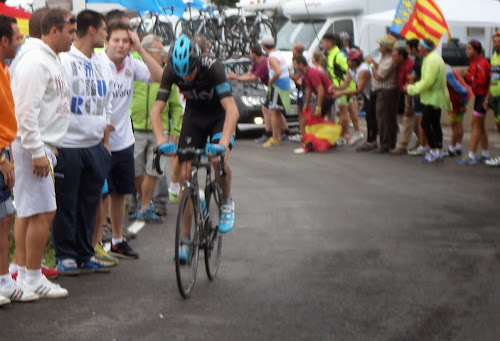 Bloody knackered – me, I mean.