There’s something about cycling around an unfamiliar place that always guarantees surprises. I have a new GPS – now I know that to the purist this seems like anathema, but hey it beats the hell out of stopping at every intersection to consult the map. And, these new dvices are pretty clever too – the one I have is the Garmin Touring model, which plots a route much like a car satnav. It has three settings for this: mimimise time; minimise distance; or mimimise ascent – I leave it to you, the reader, to decide which setting S has unstructed me to default to under any and all circumstances.

So it was that, today, I plotted a route around some local attractions recommended by our hosts. So, off we set to visit the ancient Chateau de Coatcouraval as the first stop. Now, I don’t know if you are a fan of the Horror Channel, but this place was straight out of a Hammer film . . . 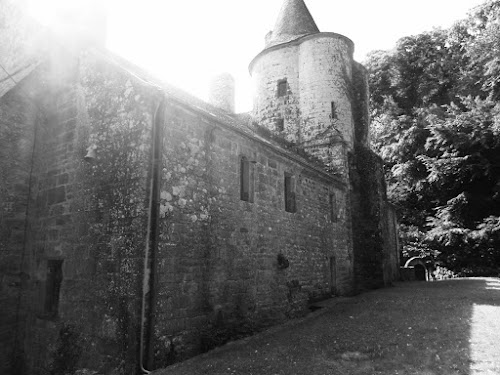 . . . but, this being France, it wasn’t as simple as that . . . The reason for visiting was to see the gardens, but on first investigation we discovered what seemed to be a derelict leisure complex complete with disused swimming pool and tennis courts . . . 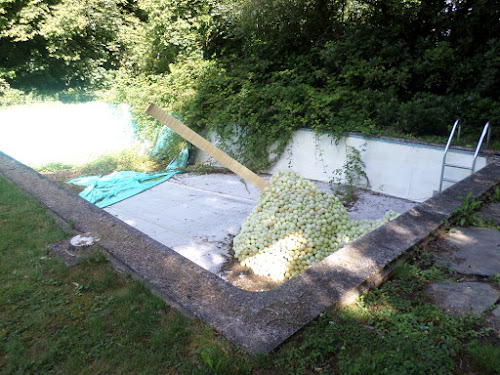 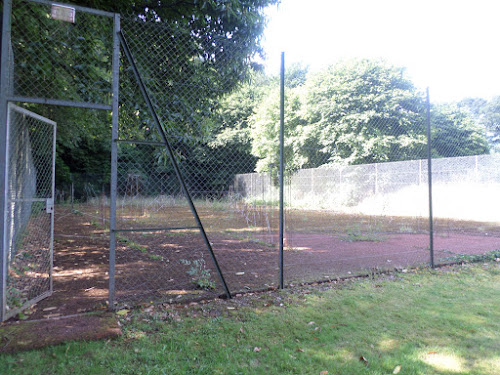 If you have ever visited the Pompidou Center in Paris will will recognise this type of ‘Installation’. . . 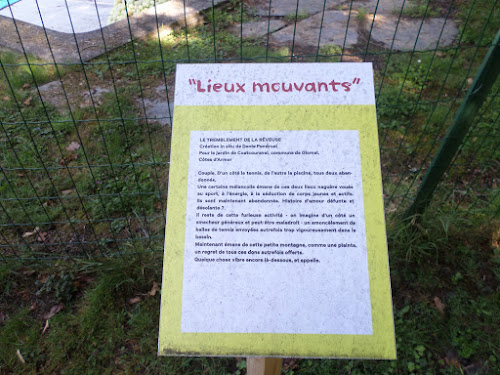 What an extra-ordinary thing to find, bang in the middle of nowhere, next to a 15th Century Chateau of the Dukes of Brittany. I did peep into one of the windows but alas, there were no hunchbacks wielding red-hot irons or sadistic rites, involving sacraficial virgins whose blood must be spilt to summon Beelzebub himself, going on. . . or were there? And not to be outdone in my pursuit of ‘Found Art’, how about this for ‘Mr Toad ends up in the Soup . . . .? ‘ 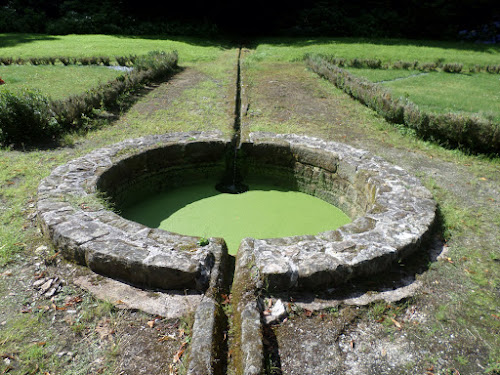 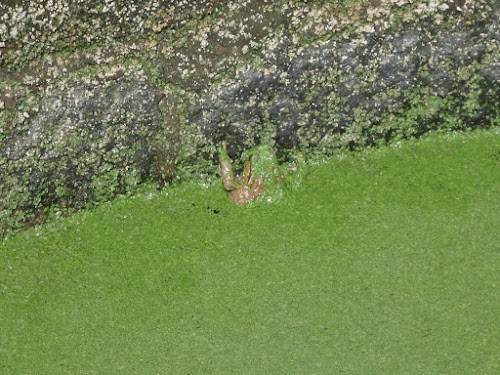 So, on we went to the next stop on the electronic itinerary, the ancient fountain at La Trinité-Langonnet. Now, I don’t know about you, but the word ‘fountain’ conjours up something like the Trevi Fountain in Rome, with Audrey Hepburn perhaps in slightly out of focus background shot, or the one in Trafalgar Square . . . or at a pinch St Andrew’s Cross roundabout in Plymouth. So this, while being clearly ancient, was more of a spring in my estimation. Nevertheless, the hydrangeas did complement the paintwork of my bike, though S has introduced a jarring yellow note in this compostion: 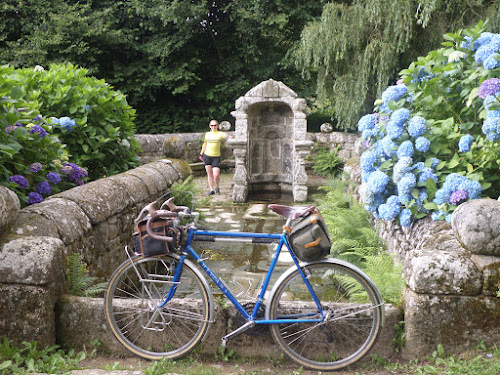 So, on we went, but decided to return by the direct route and miss out on yet another Eglise de XV Siecle, stopping on the way because S insisted in harvesting nature’s largesse for le petite dejeuner. 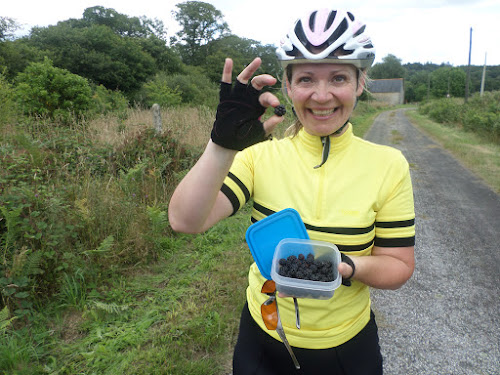