Today we took a short ride to lunch. Last year we were directed to a nice little restaurant on a lake near to Silfiac, so decided to return. Topically, as we heroically made our way to such an onerous appointment, we came across a little piece of England (well, in addition to the hordes of Brit tourists and property owners) in Brittany . . . 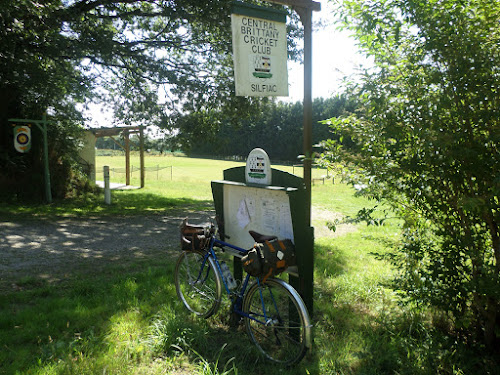 No sign of anone playing cricket though, they were all probably watching the third ashes test on the telly. Having arrived at the Moulin, I elected to have the plat de jour, which was the house speciality of pork belly cooked in cidre – an incredibly filling and fatty piece of pork which I manfully scoffed back. S had a whole seabass, which did look incredibly nice too, but they only had one . . . 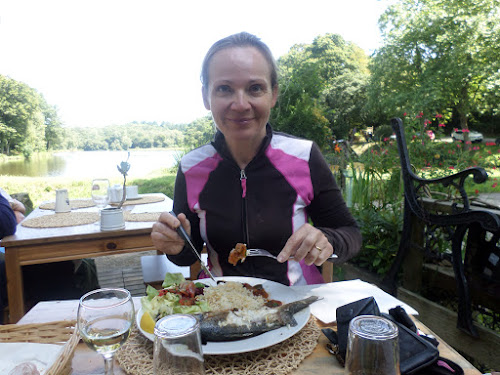 On the return journey I decided to let the satnav take us on a mystey tour – that wasn’t the intention, but that’s how it turned out. It certainly was the scenic route through fields and down gravel paths. “It must be set to include unpaved roads” I shout to S as she rattles along behind me dodging the cowpats and bramble bushes. I think Garmin need to update their maps becaus later when I checked it wasn’t, but hey, it was good fun and in the true spirit of randonneuring. 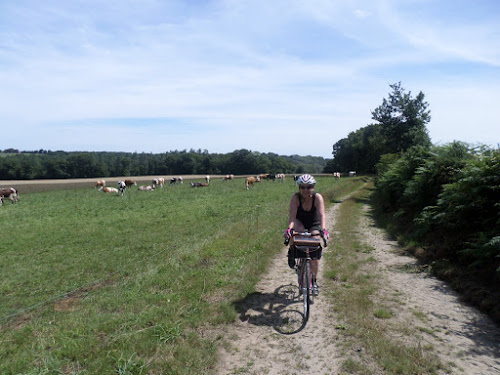 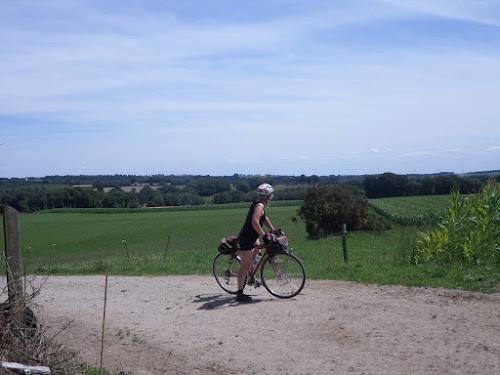 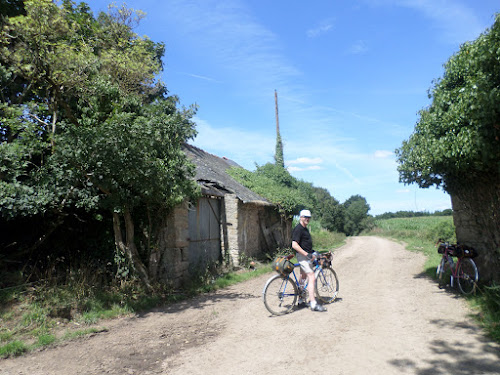