Phew, that was a tough two days on the bike – “70 MILES AND 65 MILES RESPECTIVELY WITH LOADED PANNIERS”, S has just politely informed me in my left ear. So here is the tale . . .

Today was the first big one, a 70 miler with luggage, to our overnight stop on the way to Le Pellerin on the Loire. The route took us along a tourist trail of central Brittany, via Pontivy, Josselin, Rohan, Ploërmel and thence to our destination. As always in France, even the main roads are deserted and the weather being sunny helped to make our progress swift and scenic. So, to Pontivy, where if you want a picture of the chateau see last year’s blog because we did not linger after already having had one excursion there this year. 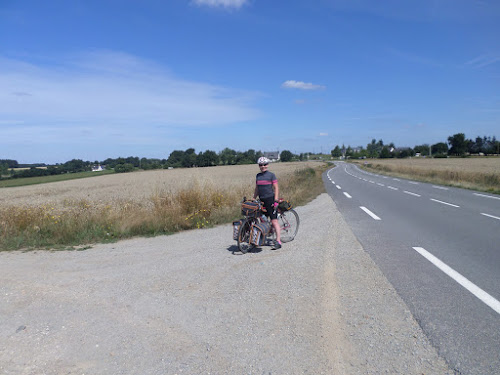 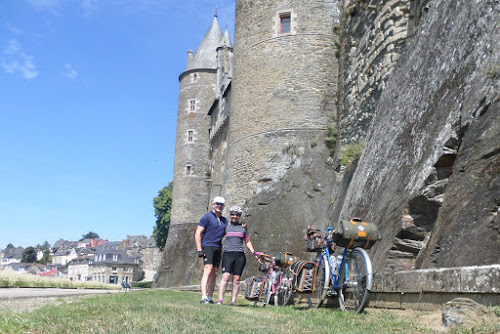 Thence on to Rohan, which surprisingly doesn’t have a chateau that I could ascertain, despite being the one place named after the Rohan family who seem to own the own the others. En route, we came across a monument to the ‘battle of the thirty’, a conflict between the French and English during the 100 years war. The fact that there were only 30 casualties was seen as one of the last ‘chivalrous battles’ . . . 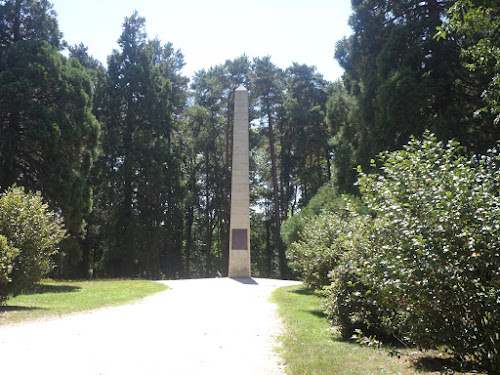 Having got as far as Ploermel, S was beginning to visibly slow, so we stopped for a glass of coke at the local tabac and, reinvigorated, we set off for our final destination. Now, I may already have said that I have got a new gps but, strangely, the place we were going was not on it . . . nor were any of the roads around it . . . and then the battery ran out. Defaulting to my paper map, I found that it was not on that either . . . strange. But, just as I was grappling with this conundrum, I got a phone call from the owner, the Marquis de Guer, who gave me a set of rather indecipherable directions, albeit in excellent English. So, trusting to fate, we pedalled on, and eventually found the stone cross, turned left and up a long, curving drive; as we breasted the rise and rounded a stand of trees . . . there was the Le Chateau de Ville-Huë . . . 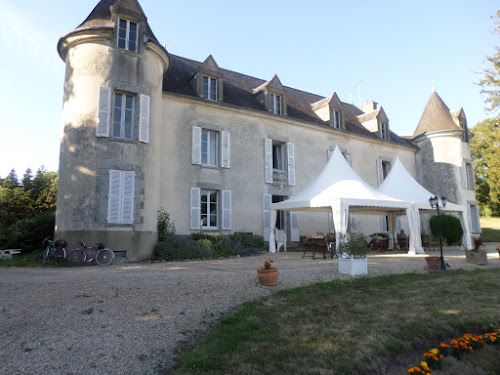 Now, I might have mentioned this before, but S is not averse to a bit of luxury, so I had booked this particular gaff to reward her for the effort of today’s ride . . . and it did not disappoint. The Marquis de Guer greeted us on arrival and, after scrubbing up well, we had tea on the terrasse and chatted to the Marquis, who spoke excellent English. Apparently, his family tree dates back to the 13th century, and some his ancestors were involved in the aforementioned battle of the thirty. Having been schooled at Harrow, the Marquis was a bit of an Anglophile, but it wa clear that the ‘House of Guer’ had fallen on hard times, becuae it was he who made and served us dinner. Perhaps this had something to do with the chateau being gutted by fire in 1945, a disaster from which the family fortune perhaps never recovered? 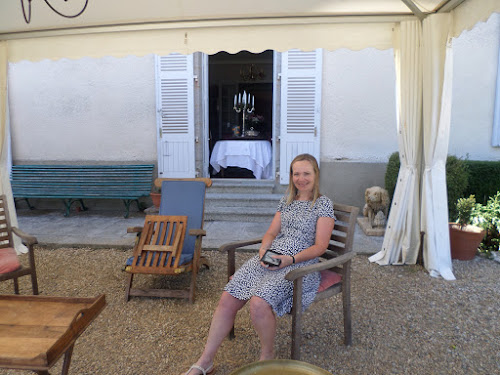 The room is defintitely better than the Ibis, but as S commented “after cycling all that distance I’ll be asleep as soon as my head hits this pillow” . . . and indeed it came to pass. Note to self: long bike rides and fancy accomodation do not mix (but only within limits – see later). 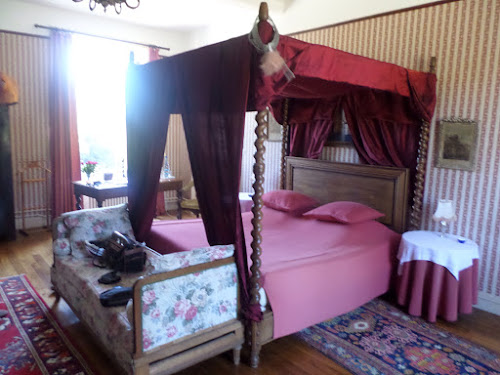 The next day we left bright and early and bade the Marqus farewell as we set off on our next 65 miler to Le Pellerin. As I breasted the top of the hill I chanced one last glance over my shoulder at the chateau but, due to some trick of the light, all I could make out was what looked like a charred and derelict shell . . . before the image was lost amongst the trees, and my bike took me south towards the Loire.

Our next stop was one of my AirBnb gambles, an erstwhile fisherman’s cottage on the Loire. The day was hot (30 C) so we stopped frequently for food and drink, but being Sunday most of the route was fermé le dimanche. Neverthless, we managed to find an open ‘Proxi’ store (a bit like Netto) and stocked up on Brie and baguette. In addition, we had two pieces of Breton Far left over from yesterday, and this cycling superfood kept us going for the best part of 20 miles alone.

Now I knew that after the previous night’s luxurious setting I was due for a fall, and the alarm bells started ringing loudly when we neared our destination and found ourselves on the Torpoint Ferry . . . and S, who was suffering from sugar drop, had to tear into a bit of brie and baguette sandwich which had been marinating in my saddlebag for the last 3 hours . . . 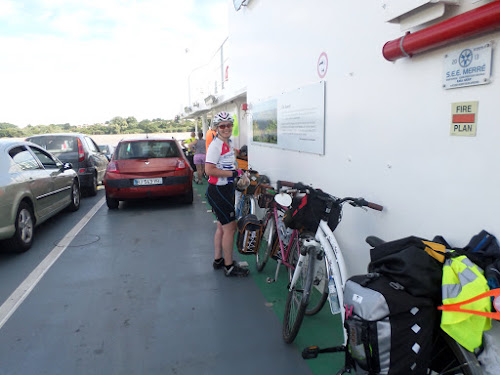 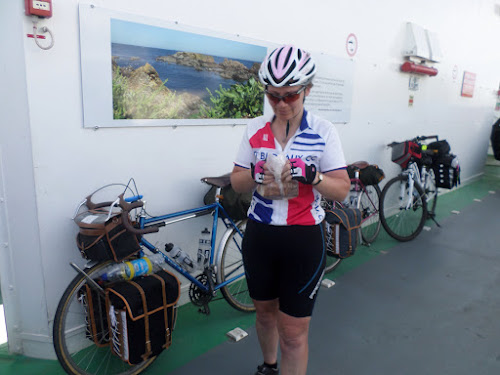 So, we alighted the ferry and arrived. Now, I am known, unfairly in my estomation, for a bit of skinflintyness, and, it must be said, that this paricular AirBnB booking did have the advantage of being particulalry cheap. But the old adage of ‘you get what you pay for’ kicked in as it usually does. So, while the accomodation is by no means bad (my words: see separate commentary from S wherever available in print and audio), it does have that frisson of ‘McKenzie Beach Resort’ about it (private Evans family joke), or should I say a bit of the Huelgoat’s. Anyhow, if all else fails we can make use of this particular kitchen implement: 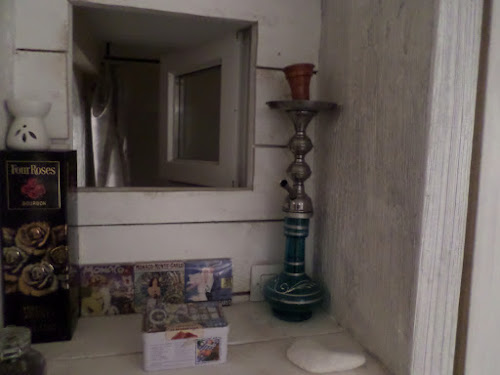