Well, they say pride comes before a fall, and so it was with my smugness imbued by the chateau booking. Having spent one night in luxury, S now had to take a relative downgrade and, as it looked to be, endure seven with the chats – a distictly feline whiff which permeated the flat I had booked for the week. Admitting defeat, I decided to take a direct hit in the wallet, so have bailed out and made a ‘get out of jail’ booking at La Baule, a seaside resort 50 km towards Vannes – we leave tomorrow.

But, while here, we did manage to squeeze in a bike ride and some other activites. There being not much (i.e. Zero) to do in Le Pellerin, we went for a short, 53 km, ride down the river on the Loire à Velo path towards St Nazaire. This we undertook in civvies – to the un-initiated this means wearing ordinary shorts and underpants as opposed to cycling shorts, which are, de rigeur, worn ‘commando’. Unfortunately this was a monday, so we fell victim to the ferme lundi syndrome which appertains in large parts of France. When we got to our destination of Peimboeuf, despite the magnificent view across the estuary to the St Nazaire Oil Refinery . . . 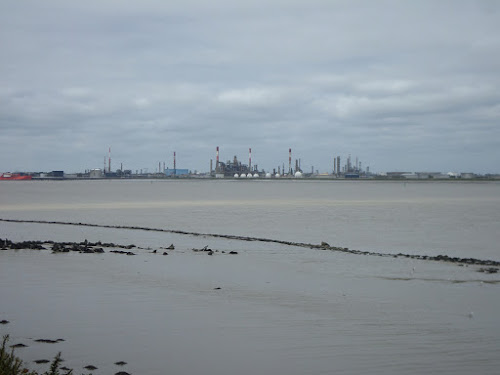 everything was closed as Merthyr Tydfil on a wet sunday afternoon in the ’70s.

No matter, we had thoughtfully stocked up at the local patisserie before leaving . . . . . . and, as luck would have it, as we rounded a bend in the river, S shouted out “Look, what’s that?” – being swift with the camera I managed to obtain a single grainy image of what I shall henceforth call the ‘Loire Ness Monster’. It just goes to show that you have to be in the right place at the right time . . . 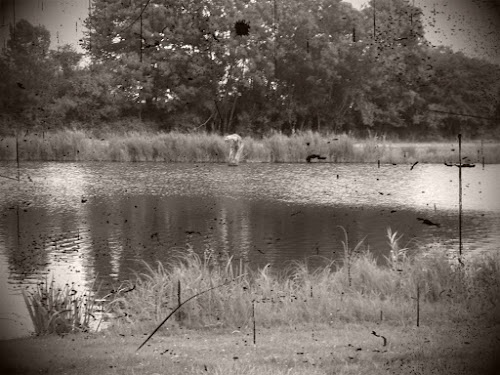 Deciding to have a day off from le velo, we caught the bus to Nantes where we took in the sights, including the Chateau, which has a bigger well than Colin . . . 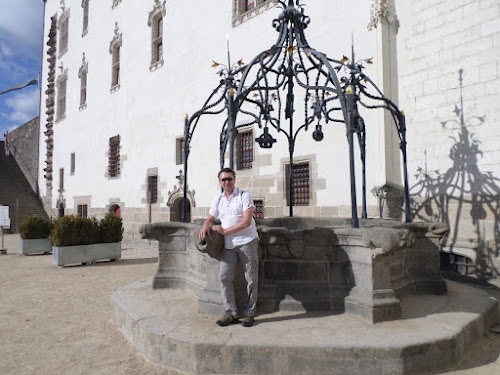 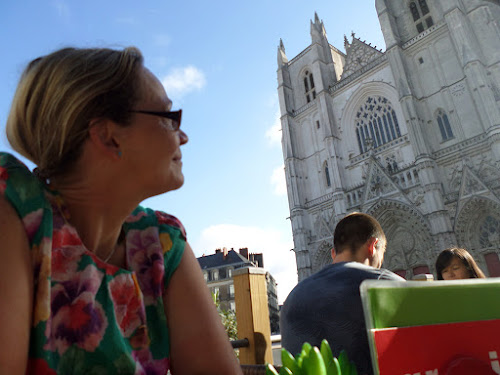 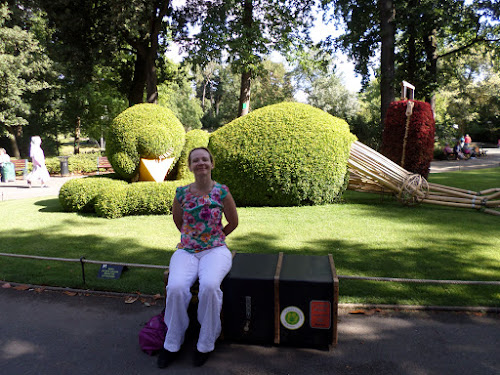 . . . as well as the majestic beauty of the Loire in all her glory as she swept through this magnificant city, seat of the Lord of Brittany in erstwhile times. However, the highlight of the trip was, without doubt, Le Gallerie de Machines, with it’s automated elephant . . . 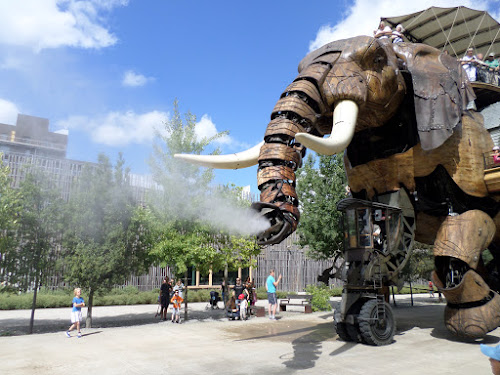