Our normal cycling regime can be described thus:

But the last four days have been:

So, after our soujourn at the beach, I informed S that it was high time we took to the road for our next destination of Vannes. I may have said this before, but I’m going to say it again is that one of the great things about cycling is you come across the unexpected in out of the way places, not least when you following the Garmin Touring. I think that I have figured out it’s personality at last. It’s best to ignore the various routing options, becuase it seems to me that it hardly makes a difference. What it does do is un-erringly take you away from any of the main roads, and utilises as many cycle paths as possible. Now this can be a bit of a pain in the a*** if you want to get from A to B quickly, but if you don’t mind ambling all over the countryside it can be quite illuminating, taking in small villages, the wonders of nature and plenty of farmyard smells. For example, here you can see S trying to figure out what the bloody hell this is for . . . 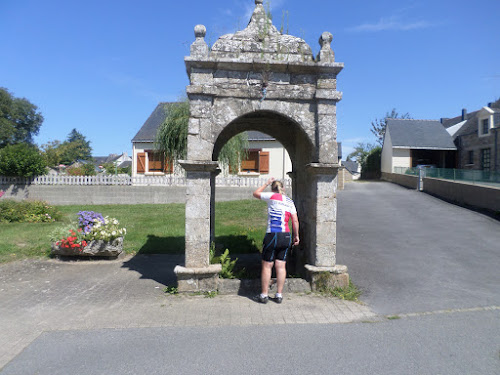 . . . well, it turns out to be a Fontaine, or well, a well – they do wells properly here it seems, probably with some baptismal sideline. And there are all those little creeks and yachting havens to explore if you don’t mind going around the twiddly bits . . . 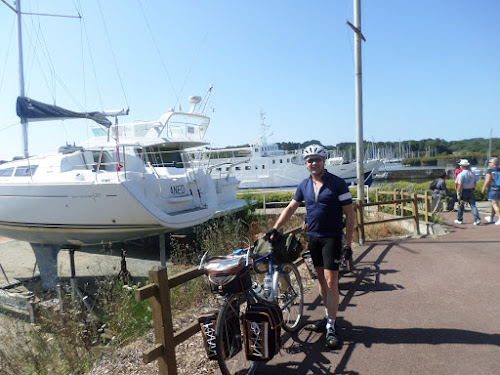 So we arrived at the medeivel town of Vannes, one of the locations of the moveable court of the Dukes of Brittany, with suitably impressive town walls . . . 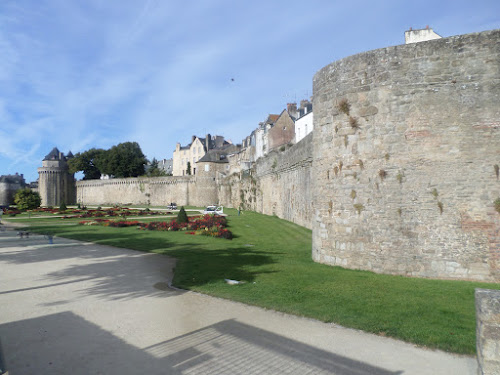 Our next bed for the night here was going to be anothr one of my AirBnB gambles, so S was marginally concerned that it would be another dodgy affair at odds with the description of ‘Magnifique Loft Zen’ which had so attracted me on the shiny advertising page – much like those straight-to-video films which you rented on the strength of the picture on the box (joke for the over 30s only). But, as it turned out, it indeed lived up to all three appellations, and our host, Lydia, does Thai massage into the bargain; so you can imagine that this was a red rag to a bull as far as S is concerned, so she is currently availing herself of same, not having access to a personal soigneur on our cycling travels . . . 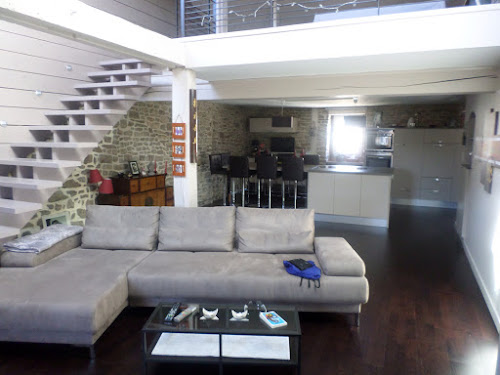 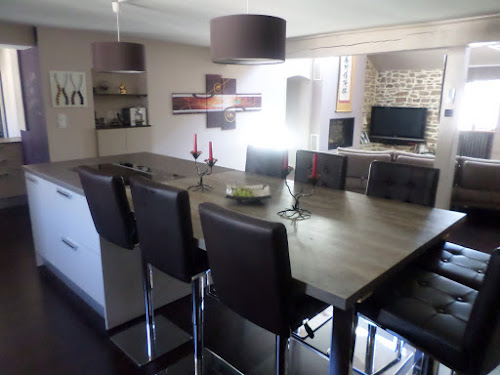 . . . whether she will be able to stand let alone cycle tomorrow is another matter.

Last night we had an excellent meal at Le Bistro d’Atlantique on the harbour, great oysters and tuna. But tonight the skinflinty gene kicked in and we went cheap – alas, you pay for what you get (will he never learn) and a case of distinctly dodgy stomach has taken a hefty chunk out of the lavender-scented feng shui-ness – I made use of both sets of sprayable ungents to re-establish the Zen . . .