And so, it’s that time of year again when the Evans’ take leave for their summer residence en France. Well not quite; three days in Morlaix can hardly be construed as a grand degustation, but it will do as an hors d’oeuvres for the main course to come later – right, that’s got some reference to food into the blog while under strict orders from S to steer clear of anything a manger.

The last few days in Plymouth have been, how shall I say it quietly . . . warm. Given that the wind has yet to properly swing round to its accustomed Westerly direction, and bring summer with it, this was worth a mention. And I was feeling lucky, having booked a weekend sortie across the channel à vélo, the weather had picked up with perfect timing. To celebrate, S had bought a bumber bottle of sun block which took up half the space in her panniers . . . So, on arrivving in Roscoff at the crack of dawn, and smearing on the 50+ liberally, imagine our dismay to find that the typical British summer had taken up residence across la manche. No sooner had we cleared Border Control – whatever happend to ‘Customs’ – than the arm warmers were donned . . . then we got no further than St Pol when the jacket and knee warmers made an appearance . . . 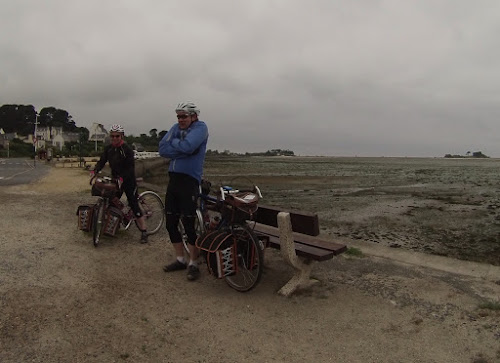 Neverthless, being true Brits (albeit REMAINers – had to get that in) forged in the furnace (ironic metaphor intended) of childhood summers, spent shivering under a light drizzle on a 1970s Cornish beach, under a towel the texture of rhinocerous hide . . . we headed for the café. 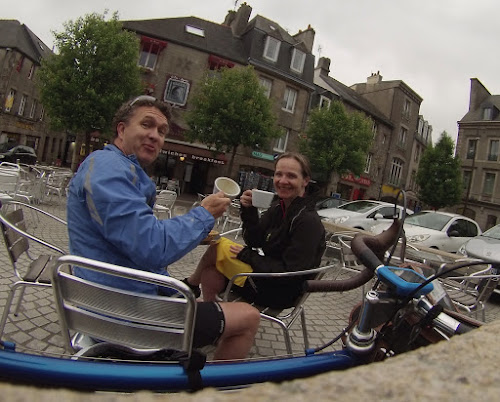