Well, it wouldn’t be Brittany without a bit of rain and the inevitable day infront of the telly. The gentle, misty precipitation swept across the central spine of Bretagne, underhandedly sneaking in under your sou’wester and finding its way into your boots . . . 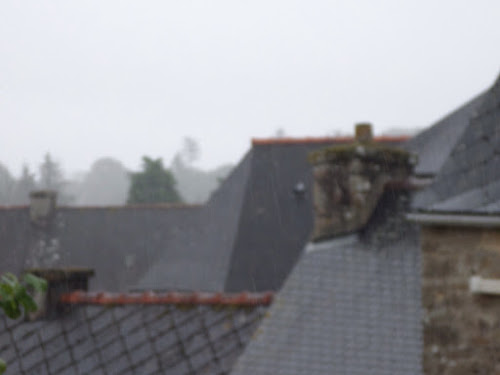 But it did brighten up later so we went for a walk around l’etang where we exchanged pleasantries with the locals over half a ‘stella in the lakeside bar – run by and Irishwoman from Wexford and simultaneous patronised by an ex-fireman from Middlesborough. If we find any French people I’ll let you know. So around the lake we walked, clearly using different muscles to the cycling ones – because 6 miles without wheels seems a long way. But packed with little sights and surprises, such as a new shrine to St Efflam (they recently knocked down the old chapel) . . . 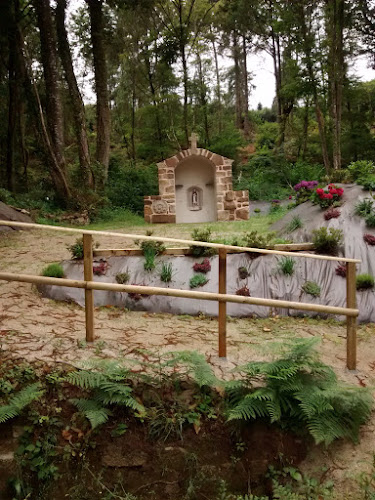 . . . and the water feature that some retired engineer has lovingly constructed in his back garden, where all the bits and pieces rotate and reciprocate und the power of a water wheel (OK, I know I’ve posted this picture before but consider this an update; the clothes on the see-saw dummies have been changed) . . . 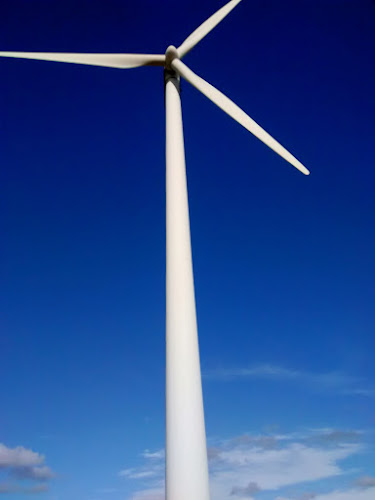 Now, regular readers will know that S is prone to the occasional ‘chain-ring tattoo’, but this holiday she has uncharacteristically avoided this fate . . . until today. The inevitable happened and here is the evidence of, admittedly a small but definite, indication of a return to normal service. 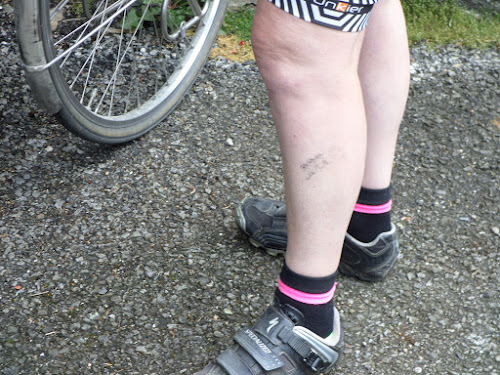 A spin around Lac de Guarledan today. Apparently the plug has been found and le lac is once again full of water (see last year’s blog for details of the empty lac). Clearly an empty muddy valley that was once a lake (but also prior to that an empty green valley) maintains it’s tourist attractiveness for only a limited time, plus I expect that they wanted the electricity back. We checked out the garden of whacky sculptures where S has spotted the frock she wants to get after her post-vacation diet . . . 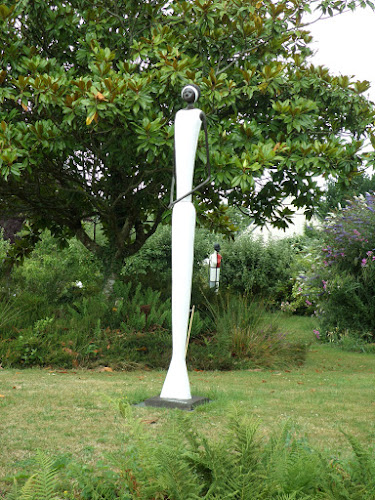 S is perpetually mystified by how it is possible to go on a cycling holiday, travel 1000 km under your own power – and burning 50,000 calories according to the Garmin – but still put on weight. My explanation is threefold: 1. the Garmin lies; 2. all non-cycling time is spent either eating (plenty of evidence of that in previous blogs) or; 3. this . . . 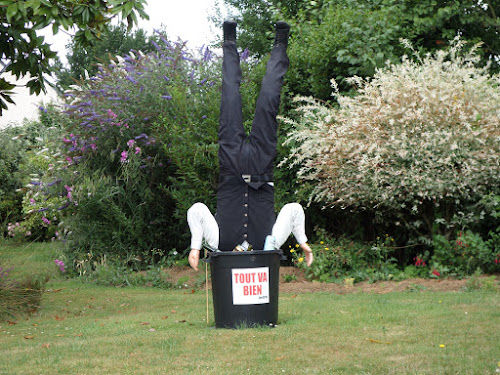 2. and 3. being fairly typical holiday behaviour, I have consoled S with the knowledge that if it wasn’t for the pedalling we would return home looking like the Pillsbury dough twins.

One of the differences I have noted en France is the unaccountable survival of Durex vending machines on the external walls of pharmacies. In GB, Such machines would swiftly be stripped of their contents, not least by wishfully thinking, adolescent boys too embarrassed to go into the Chemists and make the purchase in person. To add to this, I can now report sight of a baguette vending machine . . . 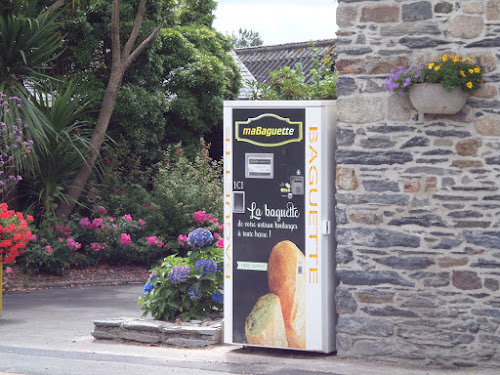 . . . not likely to be raided by adolescent boys I admit – unless they wanted to make a particulalry large impression. The question remains: how does it work? Is it a large bread making machine which someone fills with yeast, flour and water evey night before goimg to bed, or is it replenished with fully-formed baguettes each morning by an itinerant baker? And do the baguettes come shooting out of the small hatch, requiring you to take your own baguette catcher? I was tempted to make a purchase but S forbade it on the grounds that I would make a scene. I shall have to return after dark to find out . . .