Not only have I lost track of time, but we have had a day off the bike. Not that I was going to let S get away scott free with a sedentary day – no fear. Instead, we went kayaking on Lac de Guarledan. Well actually, we were invited by our hosts, so needless to say, I rustled up some kettle drums and a whip to make sure that S kept up a steady paddling pace . . . 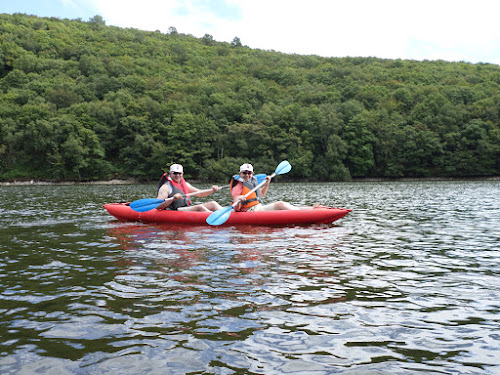 . . . the only problem was that she kept paddling in circles, citing a left shoulder injury sustained while falling off her bike. Clearly this is a justifiable excuse so, patient and thoughtful spouse that I am, I applied the lash predominantly to the left arm, thus correcting the imbalance in her stroke.

Next day we returned to the ancient Roman quarry, the subject of a 2015 blog post so I will not repeat my description of the sacrifiicial pit . . . 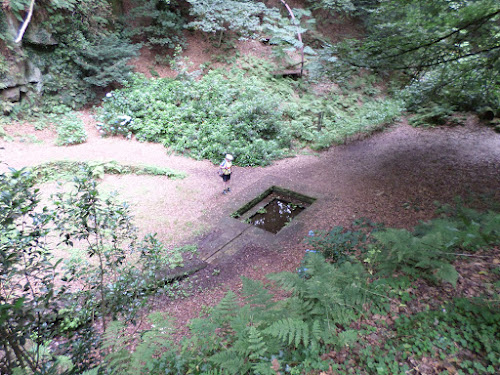 However, this usefully provides an example of what you can miss when not paying attention. To explain, a certain amount of back-story is necessary – unless of course you are a regular reader, in which case you will know that last year we happended across a series of installations at the spooky Chateau at Coat Caravel; and by installations, I mean the type of stuff that you find in the Tate Modern. Anyhow, to cut a long story short, on our previous visit to the quarry there were quite a few bits and pieces of no apparent utility scattered around in the trees, but we did miss this one . . . 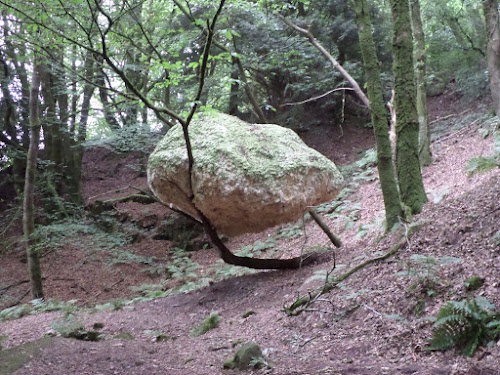 . . . a gigantic rock suspended in the branches of a tree? At first I thought it might be an enormous puffball which had manifested that morning, so knowing that, en France, such forest fungus goes down a storm, I was stropping the Opinel to cut some large slices. But while I was counting the Euros S informed me, after closer inspection, that it was a bit of modern art made out of chicken wire and cotton wool . . . bollocks!

You may have wondered what has happened to the traditional moules et frites? No fear, we have broken our duck and embarked on a ‘marathon moule munch’ at the restaurant in Caurel, as evidenced by this before and after snap of S . . . 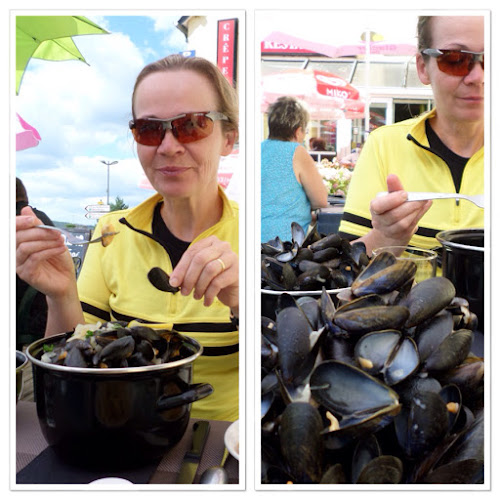 While there, I revisited the baguette vending machine. Feeling like I needed to don a scruffy raincoat and take my own brown paper bag, I surreptitiously inserted the €1.10, expecting to hear reciprocating and whirring sounds from within and, in a sort of prosthetic forming process, to see my baton extruded through the little hatch . . . 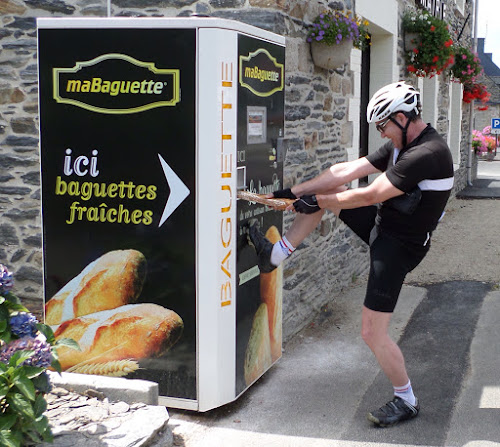 . . . the reality was that it just dropped out immediately.