Inevitably, we determined to have a beach X-day. While not quite managing a barbie we did take a kilo of tiger prawns and a cooler full of beer . . . 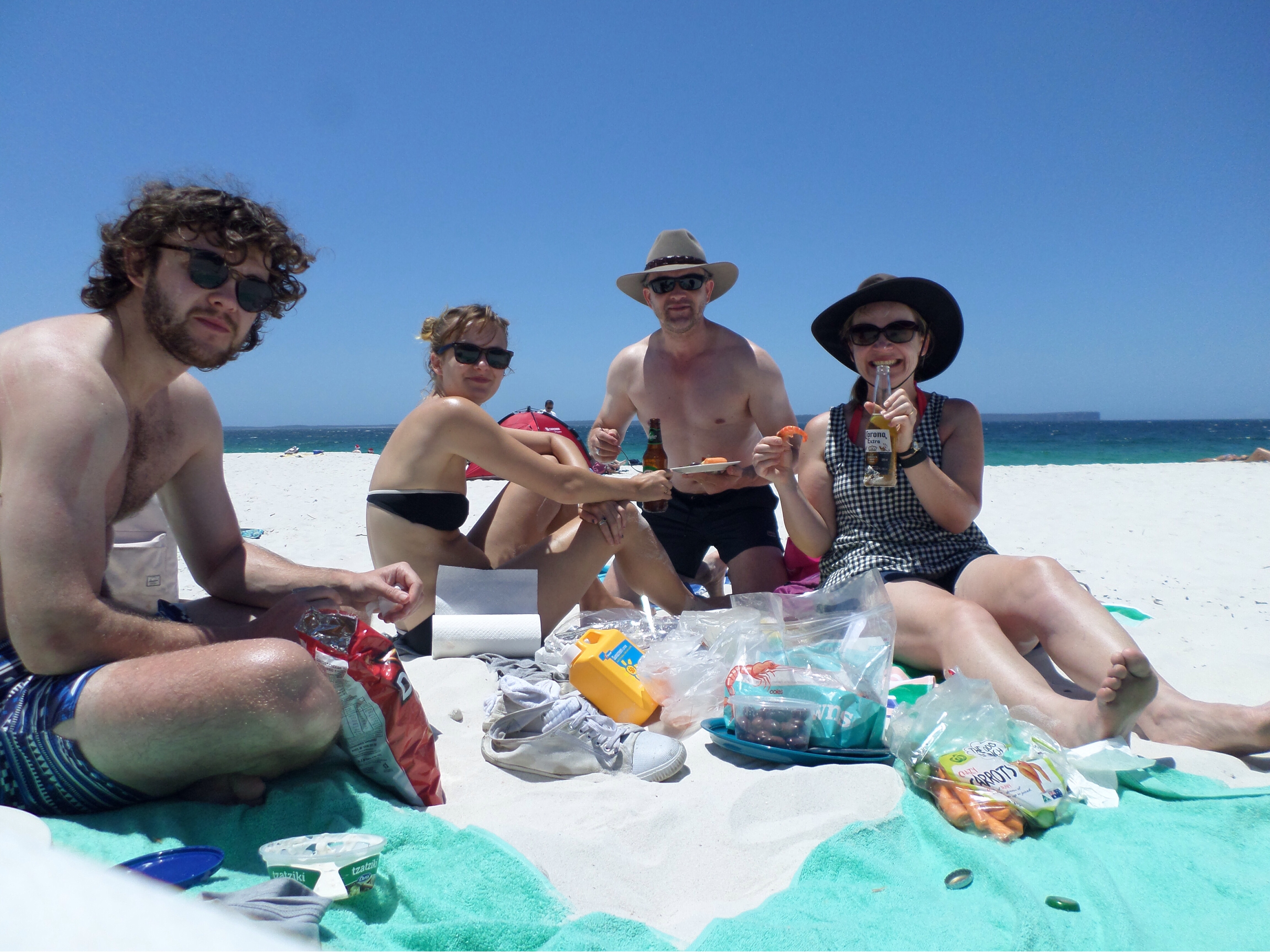 . . . except I could only have one, being the designated driver – it make a change from starting on the second bottle of champers by 10 am, but note to self: next time put S on the insurance even if it means gritting teeth and clutching seat of car. The more observant of you will also note that we had a ‘white Christmas’, but not quite like the one’s we used to know . . . Chinaman’s, and the adjacent Hyams (which S keeps malaprop-ing to ‘Hymens’) beaches are famed for their white sands; like ‘walking on warm snow’ the tourist guff said . . . well, like walking on warm sand I would say, but it is white as I’m sure you’ll agree.

Right, that’s got X out of the way, and I now henceforth resolve to leg it off somewhere sunny for every Xmas – sunny beaches are so much better than the mind fog of turkey 10 ways and The Great Escape. Reverting back to ‘holiday mode’, the son was insistent that he wanted to go fishing, so off we hove to Sussex Inlet where Cap’n Birdseye (for it was surely he) furnished us with a speedboat – nominally, in the sense that it had a hull and an outboard motor – two rods and a bag of pilchards, to which we added a cooler full of beer . . . 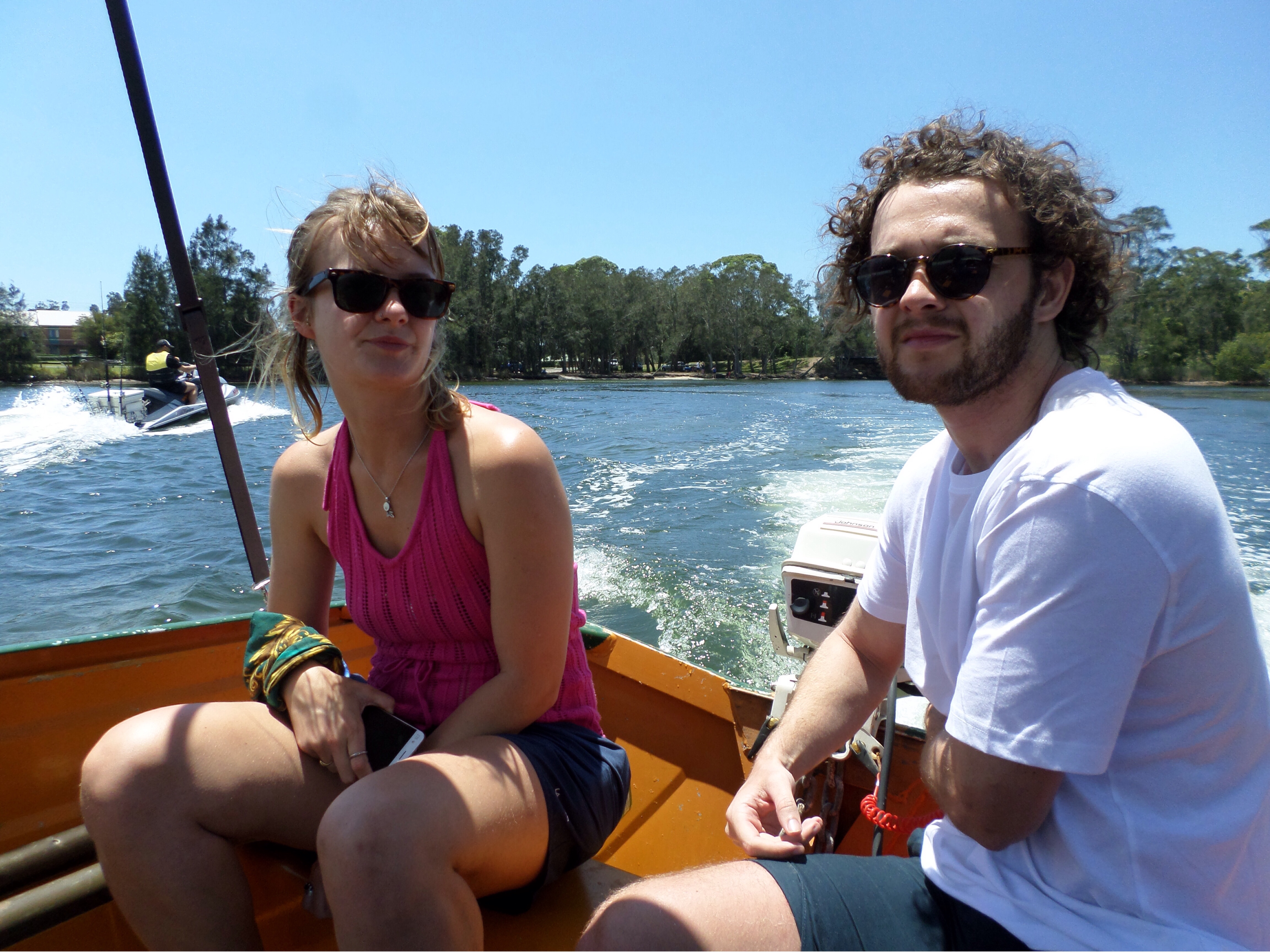 Now, regular readers will now that I am not a fishing aficianado, but the offspring professed to have some experience in this area so, optimistically, I deferred to their expertise in the expectation that a four hour boat hire would yield a trawler-full catch that would be the toast of Grimsby. Initial signs were good, with the daughter snagging a big one but failing to land it . . . thereater only catching lots of seaweed. As for S and the son . . . nada, nothing, zero, didn’t get a sniff . . . so it was left to the old man to show ’em how it is done, by application of logic and scientific principles . . . 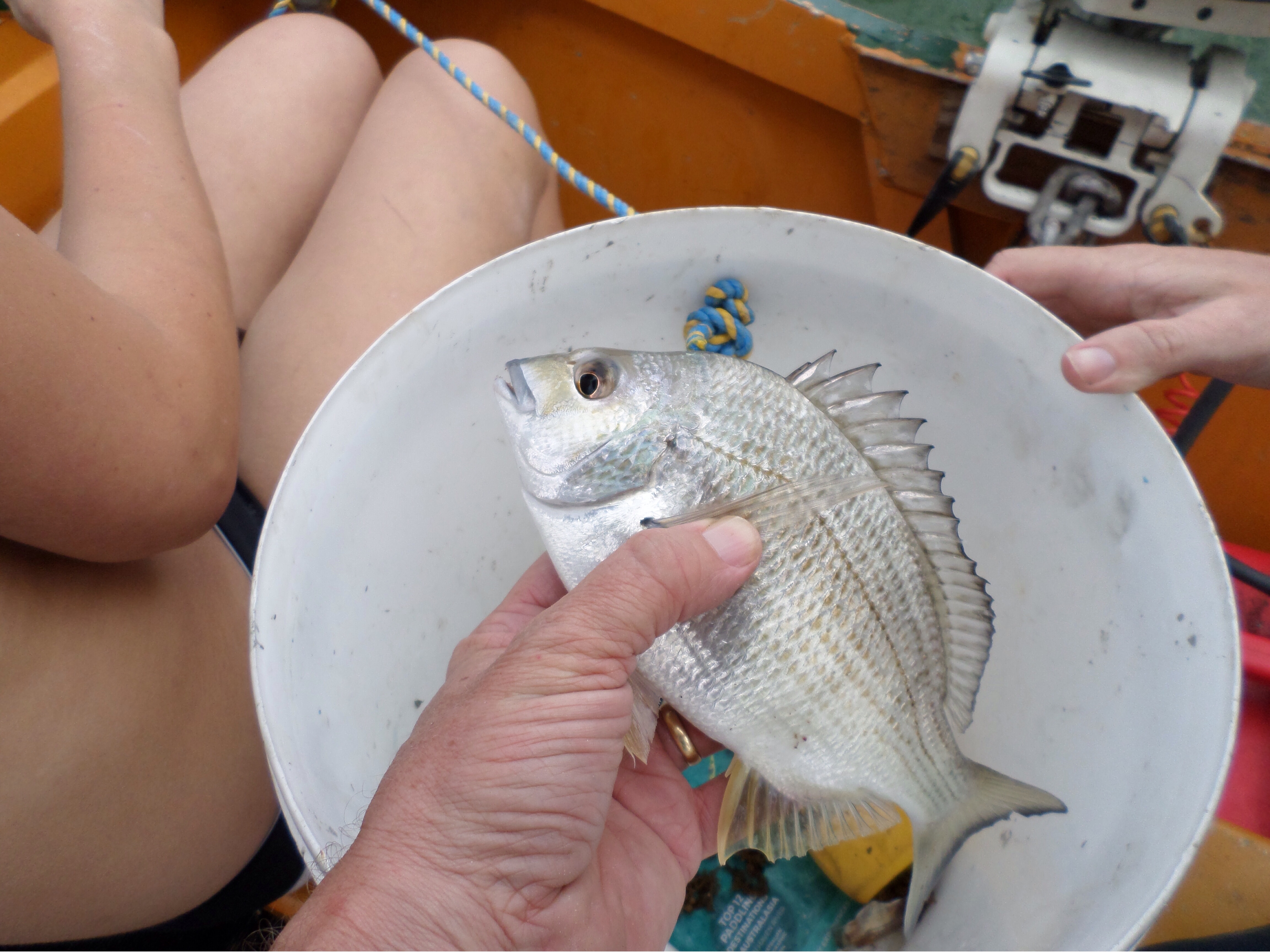 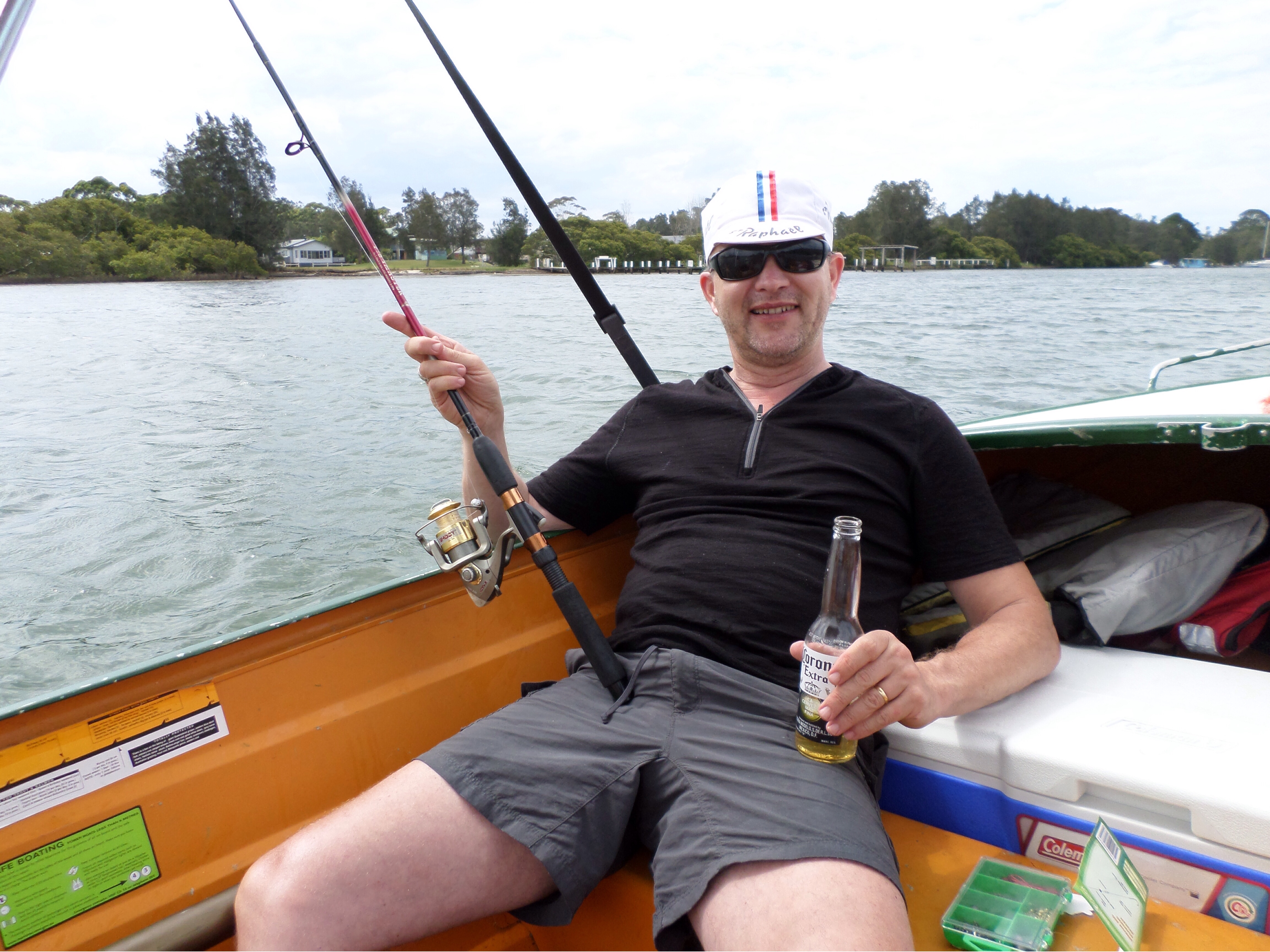 After a successful day angling (for me anyway) the offspring reprieved themselves on Huskisson beach but putting to good use skills learned during many a summer spent on the sands at Polzeath . . . 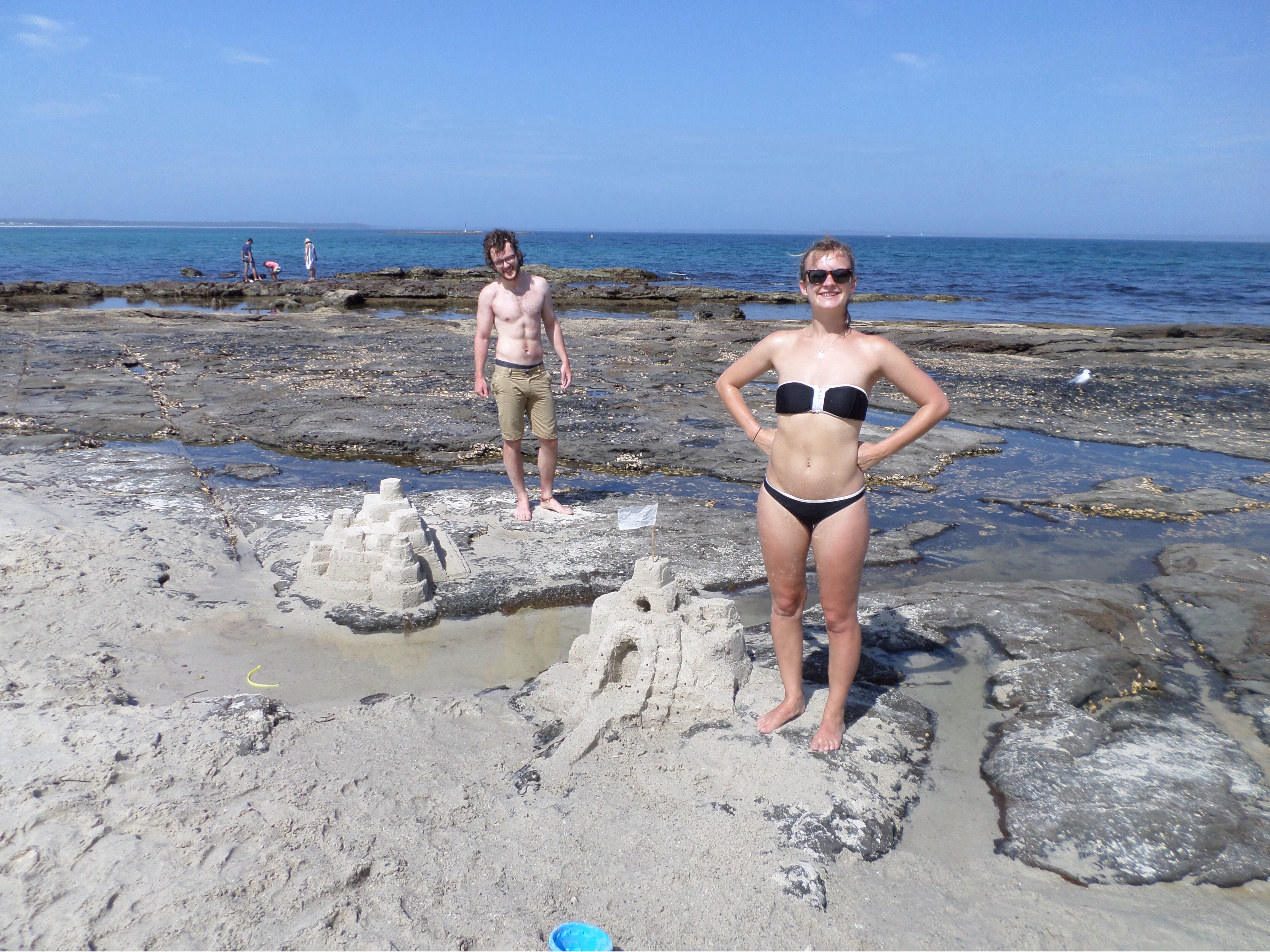 When passers-by started taking photos S suggsted that we put down a hat to collect any spare change – I came close, readers, I came close. Now we were really on a roll with actvities following helter skelter one after another – preceded by the $50 notes I hasten to add – and kayaking/padddleboarding was next on the ‘must do’ vacation list. Suprisingly, after last summer’s experience (see previous blog), S and I elected for the double kayak while the offspring for paddleboards (presumably because that is more hip, and life jackets were not compulsory). But clearly, S had learned the lessons of the summer and responded in timely manner to my rhythmic drum-like beating on the plastic hull, and we left the offspring flailing in our wake . . . 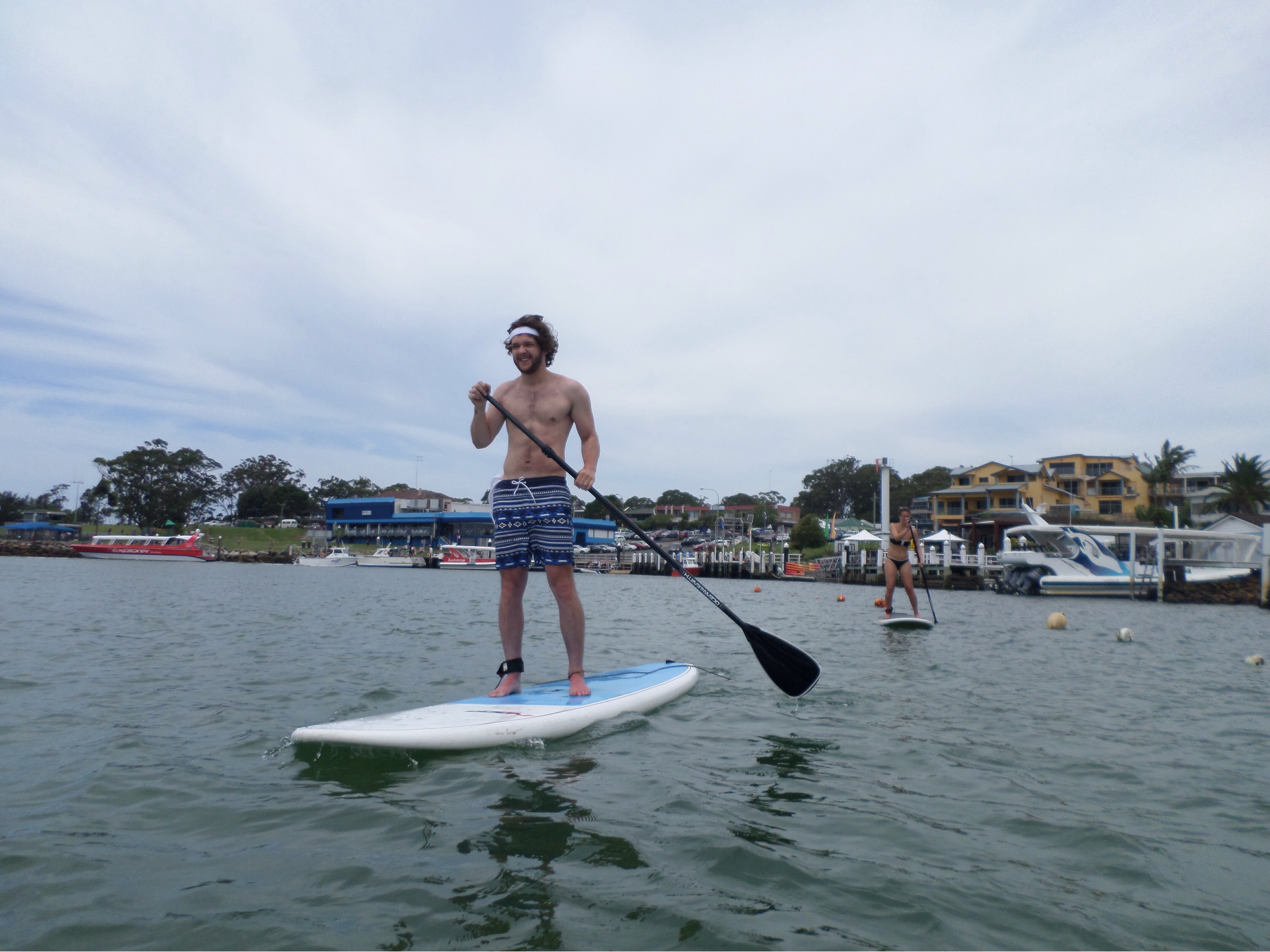 Not to be outdone I also managed to squeeze in a bike ride . . . 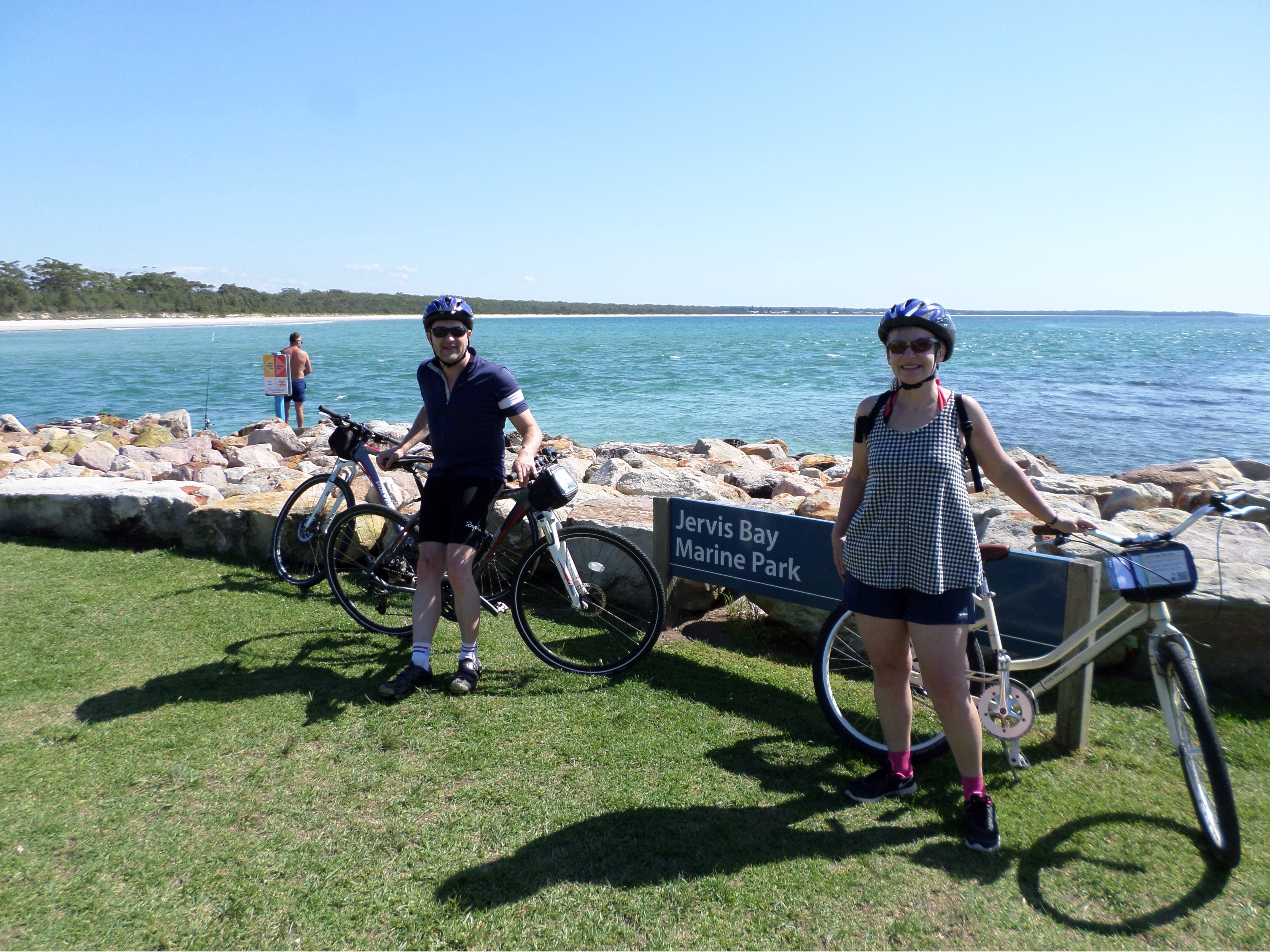 One thought on “Blog Down Under – X-Day”