Eventually we arrived at out destination for Christmas, Jervis Bay Retreat, and what a curious place it is. There are 6 or 7 buildings on a large property, decked out to resemble an Australian frontier town. The various accommodations are themed after public buildings, such as the General Store, Post Office etc. The exterior of the buildings is designed to look like the real thing, but the inside is deluxe accommodation. We are occupying . . . Yes, don’t you know it . . . The Pub . . .

So we have stocked the fridge full of Xmas booze in attempt at maximum authenticity.

The surrounding area if one enormous marine beauty spot, with beaches of white sand, so it is like walking on warm snow. Alas, we have missed the migrating whales, but still hopeful of seeing some dolphins; and there are always the kangaroos. We have finally seen a real one right outside the Pub – Mr Big Balls Kanngaroo standing guard over the missus and young ‘un . . . 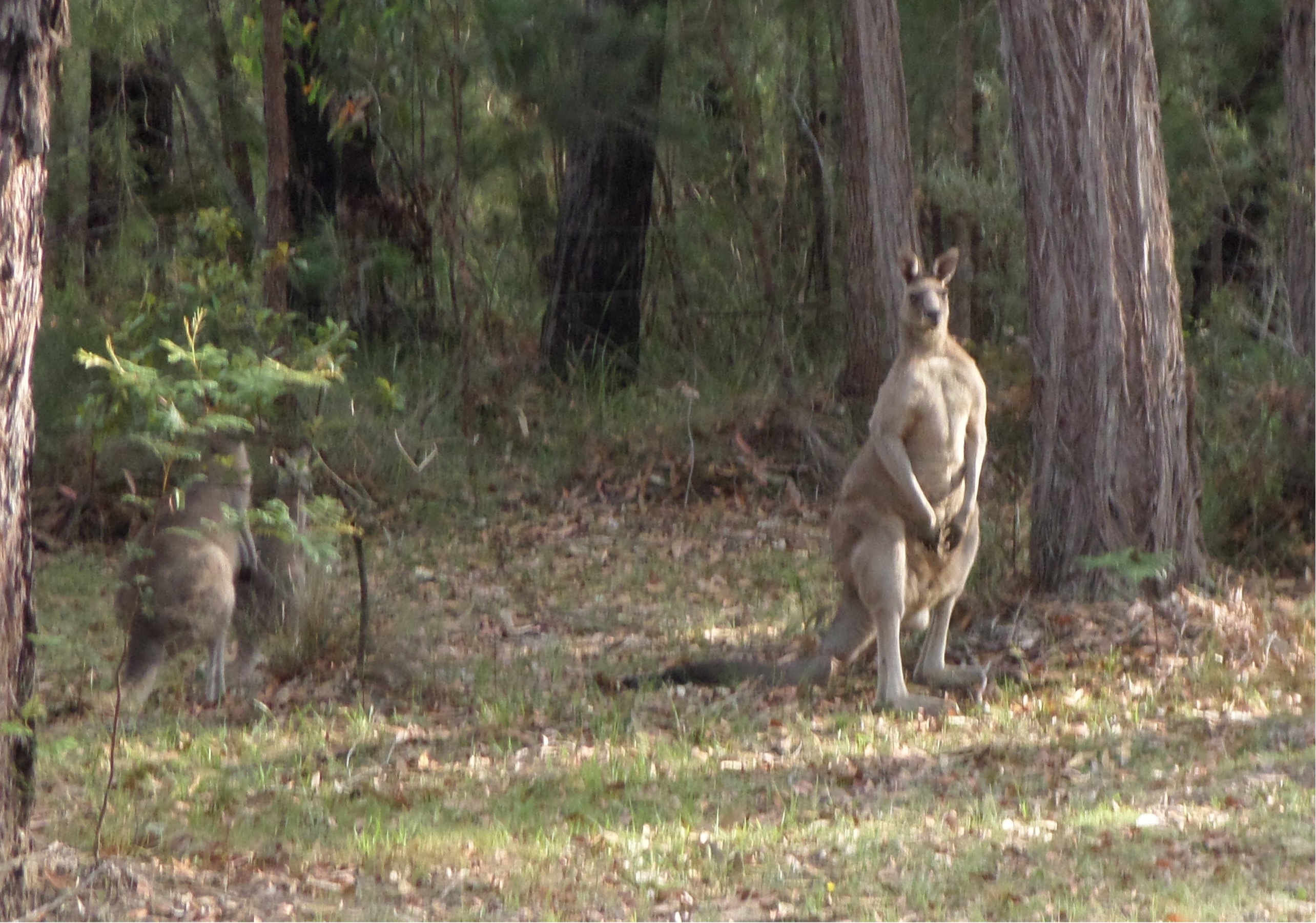 Despite all this, there is the ever present whiff of being on holiday in the UK during an exceptionally good summer, 1976 springs to mind. Nothing exemplified this more than the Australian Fish ‘n Chip shop; a better version of the home grown variety by far. Not only can you buy fish and chips – and a large variety of fish – but also oysters, prawns, mussels and other seafood. They also double as a fishmongers, so you can buy fresh or cooked – genius, why don’t we have them at home? The children had much amusement at my insistence of getting the bread and butter out of the cooler to supplement the grenadier and chips that I enjoyed beachside – the simple pleasures are the best . . . 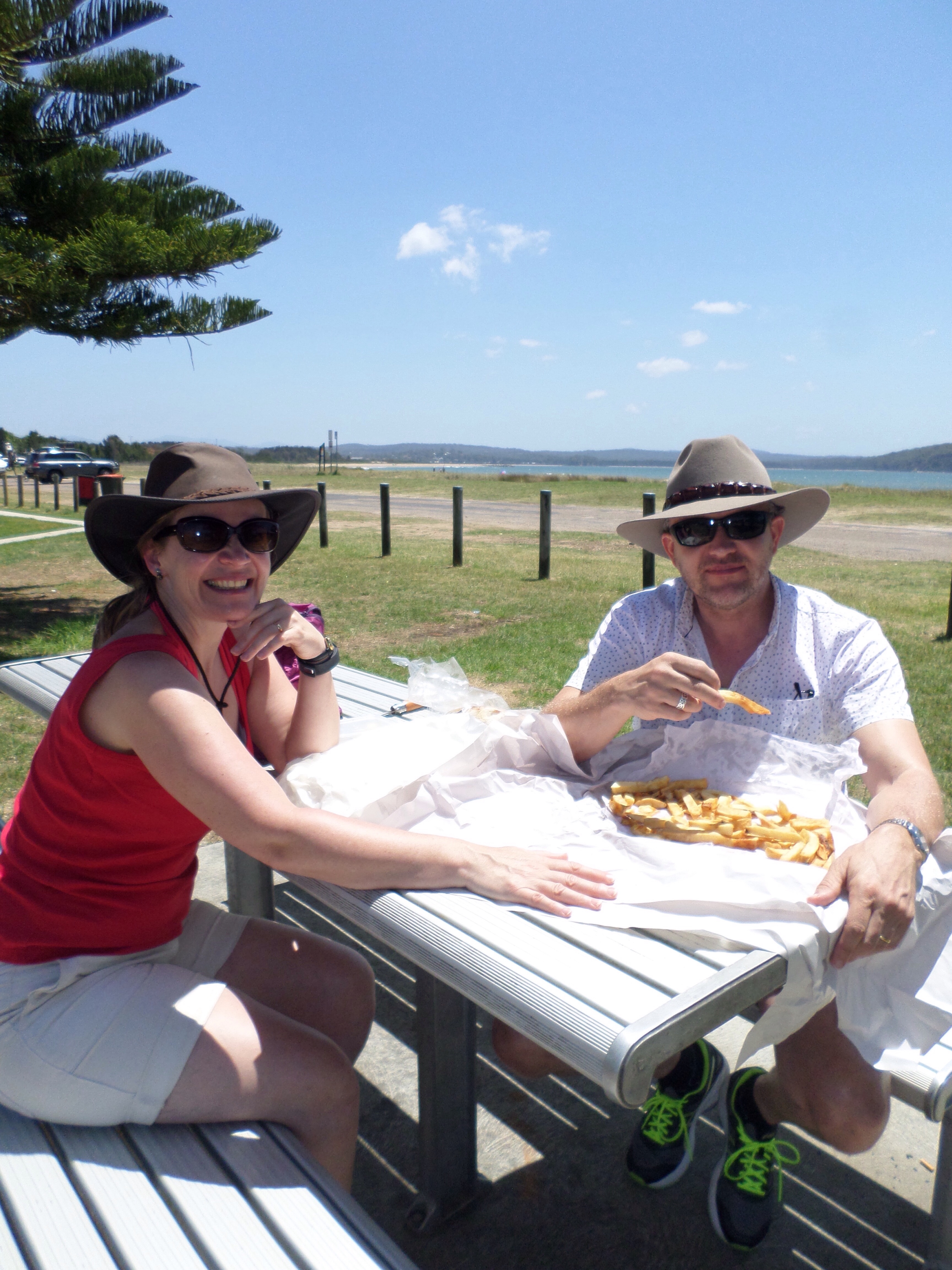 As you can see, I am wearing my hat everywhere . . . Except S has banned me from wearing it to bed, even though I tried to convince her that a genuine bushman’s hat would repel the mozzies.

Beach day today, and what better place to spend Xmas Eve. One thing that has struck me about Australia is that they do Xmas like we did in the 1970s, i.e. without the 2 month build up and amphetamine crazed, final two febrile weeks of stress and souse. Apart from the odd Santa here and there, you would hardly know it was X; and as far as I am concerned that’s just the way it should be.

Now, it is a tradition for familia Evans to luncheon at Platters restaurant on the Barbican on X-eve. This tradition was unbroken for 15 years, until last year when we spent it in an Ibis Hotel on J32 on the M4 – an experience worthy of a blog in its own right; think Key Largo but transposed to a motorway service station. So, in a further break, we elected this year to raise the bar again and decamped to Murray’s beach in the Booderee National Park . . . 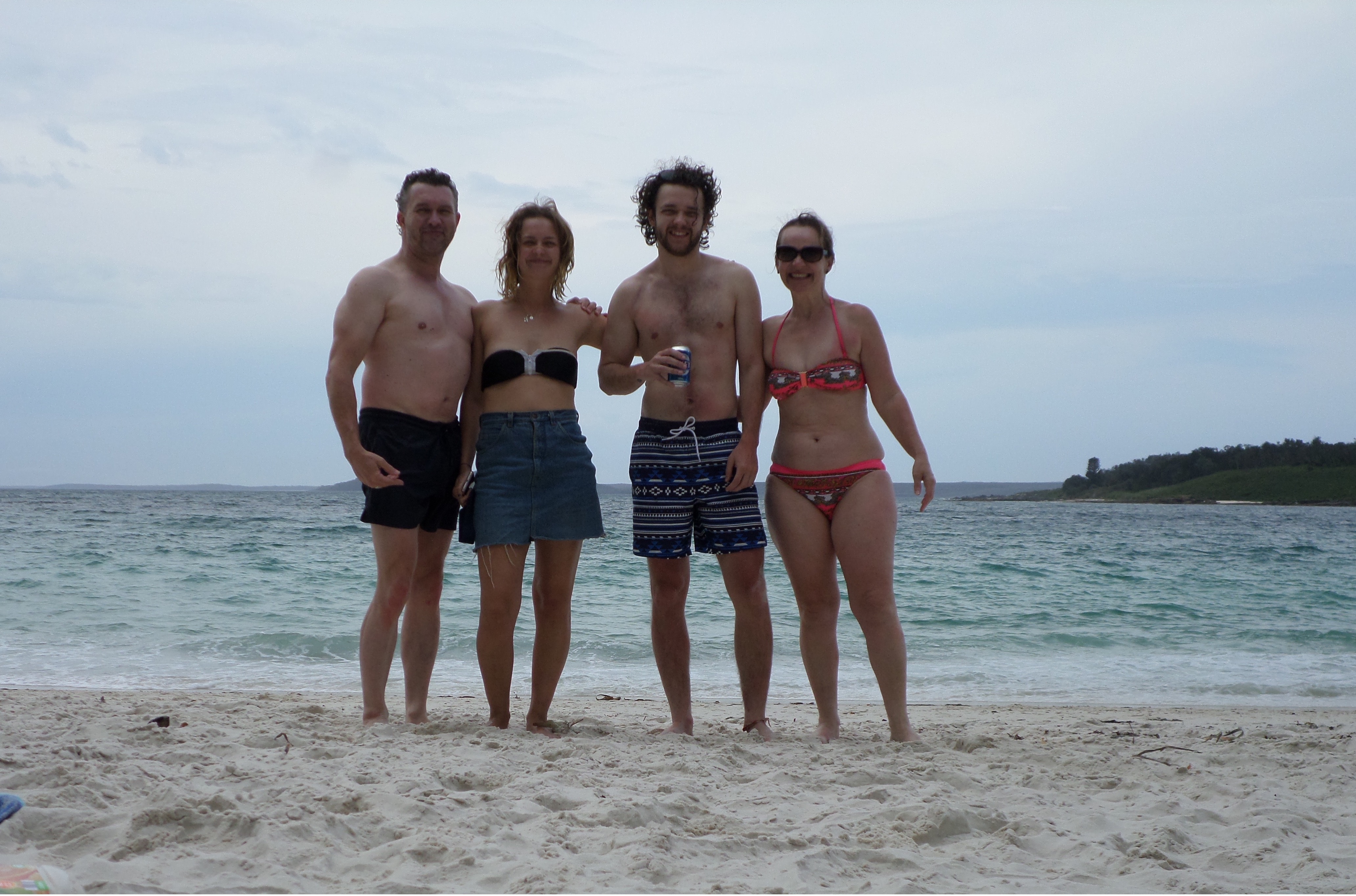 . . . and we all went in the sea, which accounts for my enjoinment to S to ‘suck in the midriff for the photo’ – but it looks like I was the only one who remebered [needed] to make the effort . . .