It’s easy to forget the day/time/century when on holiday. But we are in a catholic country and Easter is around the corner so, conditioned by school assembly and forced Sunday school attendance of yesteryear, we stopped in the local 15th century church for a look around – well, actually to use the toilets . . . 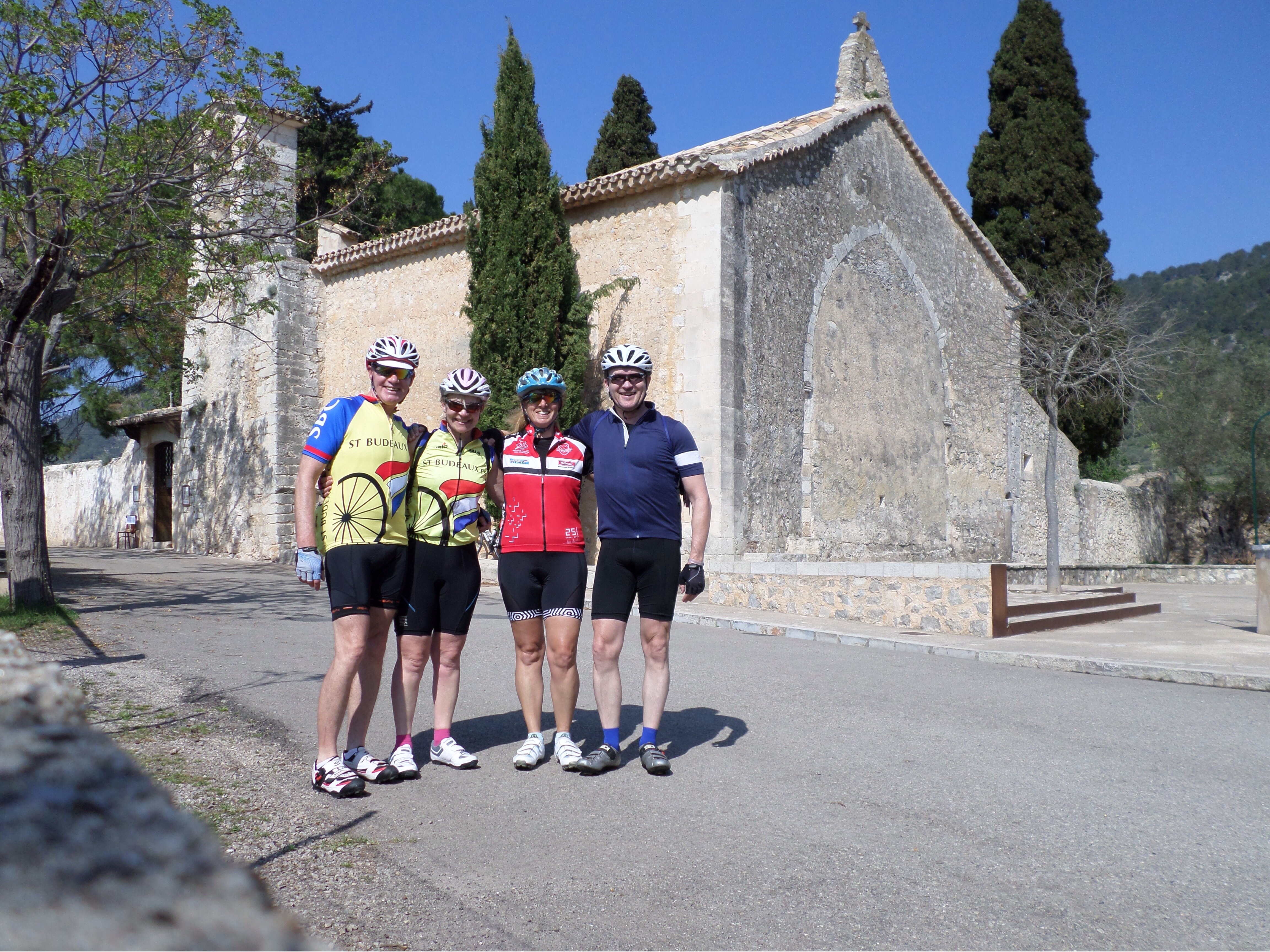 According to the brochure, the effigy of Jesus gets an outing once a year at Easter when he is transported to another loacal village and back again . . . 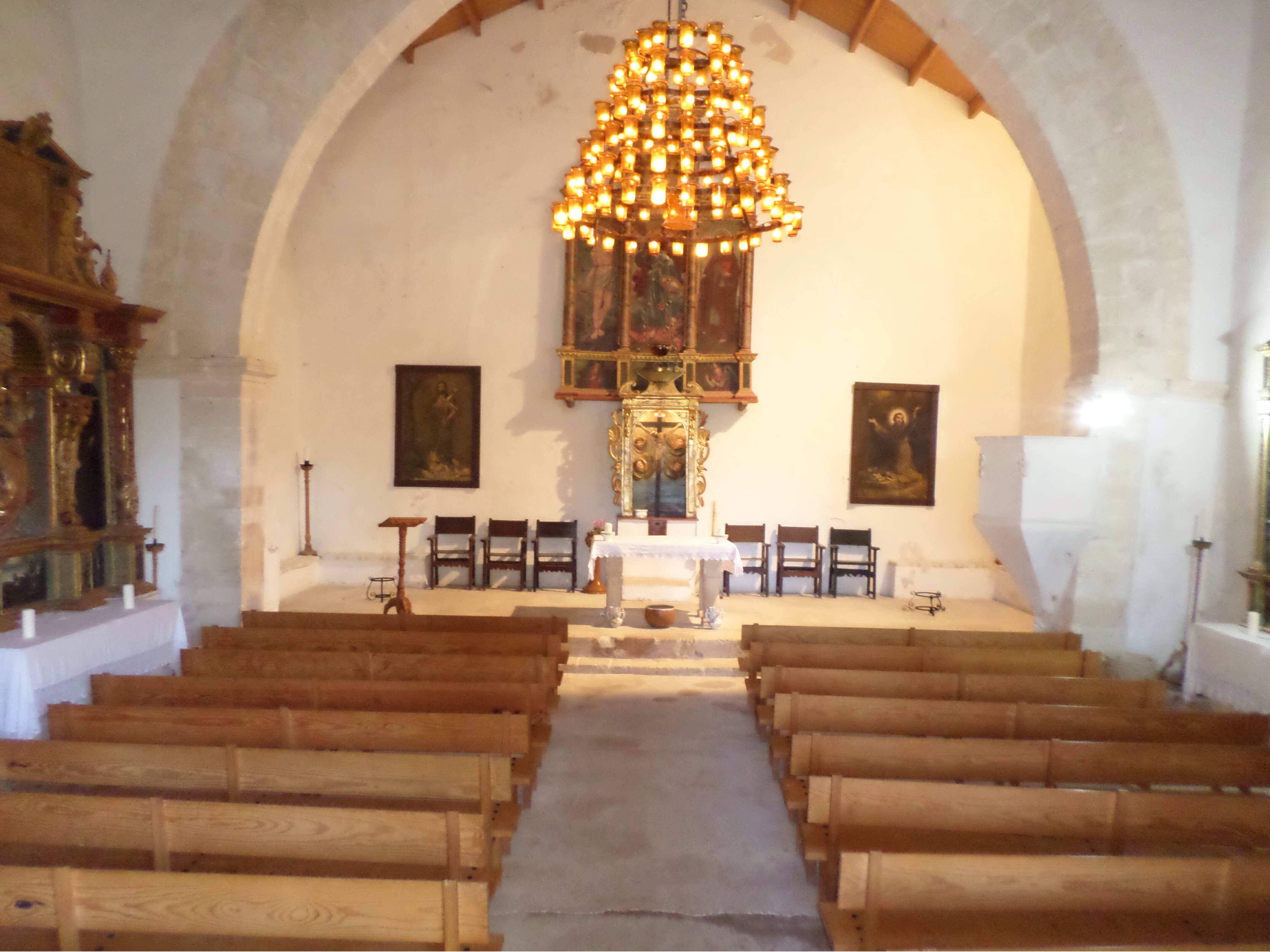 Thereafter, taking the back roads to Alcudia, the walled port on the north east of Mallorca, we once again came across another Jesus installed just inside the city gates, this time getting the ‘wire brush and Dettol’ treatment, presumably in preparation for another Easter outing around the town . . . 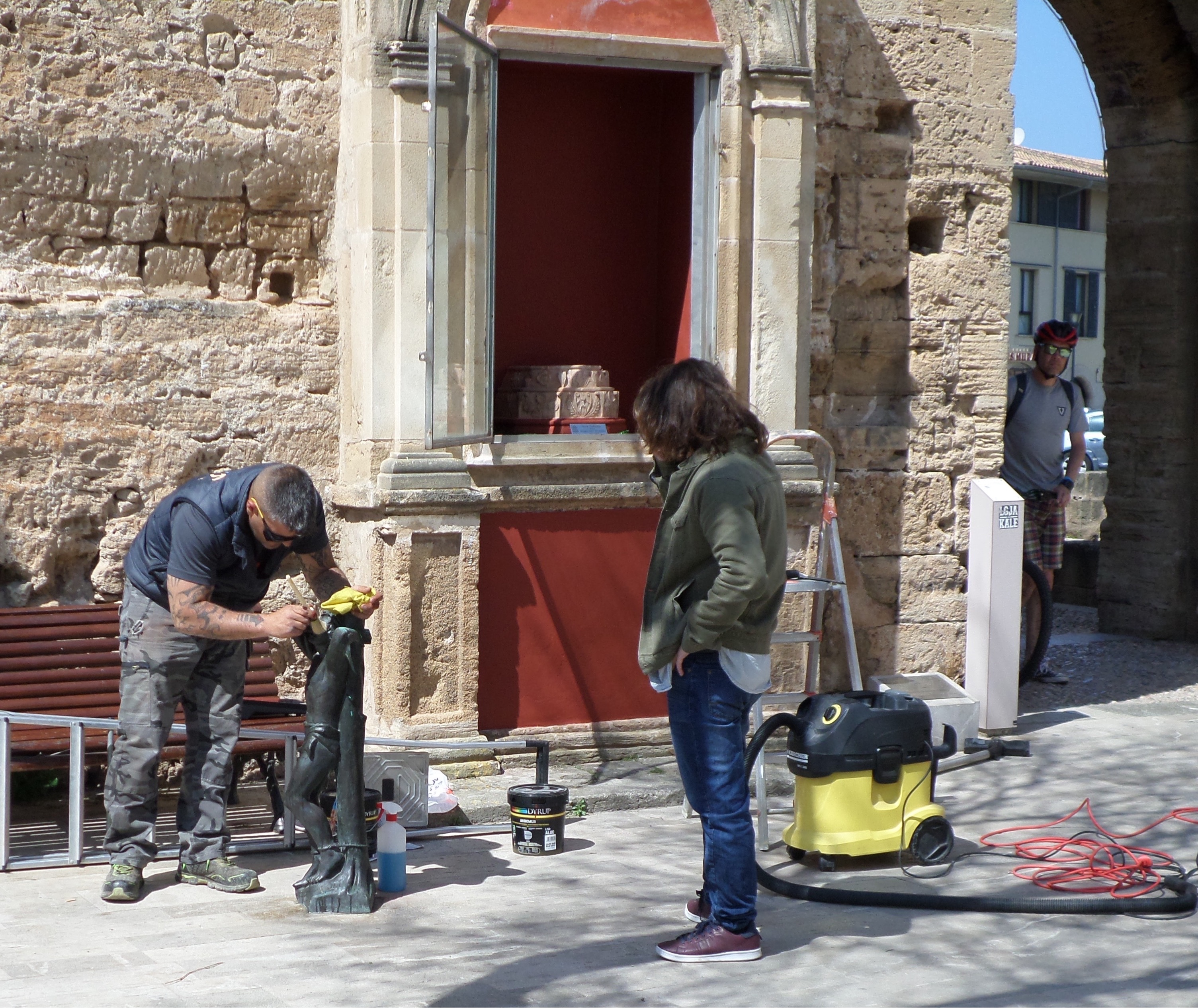 Initially I thought, as you probably do, that the bloke on the right was a sightseer. But no, he was actually there to hold the ladder – maybe this is one of those EU regulations that we are burdened by, to the detriment of all the entrepreneurial swashbuckling that British business will unleash in the near future . . .
. . . oh, yes, back to reality. The first real climb of the holiday took us up to the Mirador de la Victoria, on a headland near the port of Acludia where the views were magnificent. S even had a smile on her face at the top . . . 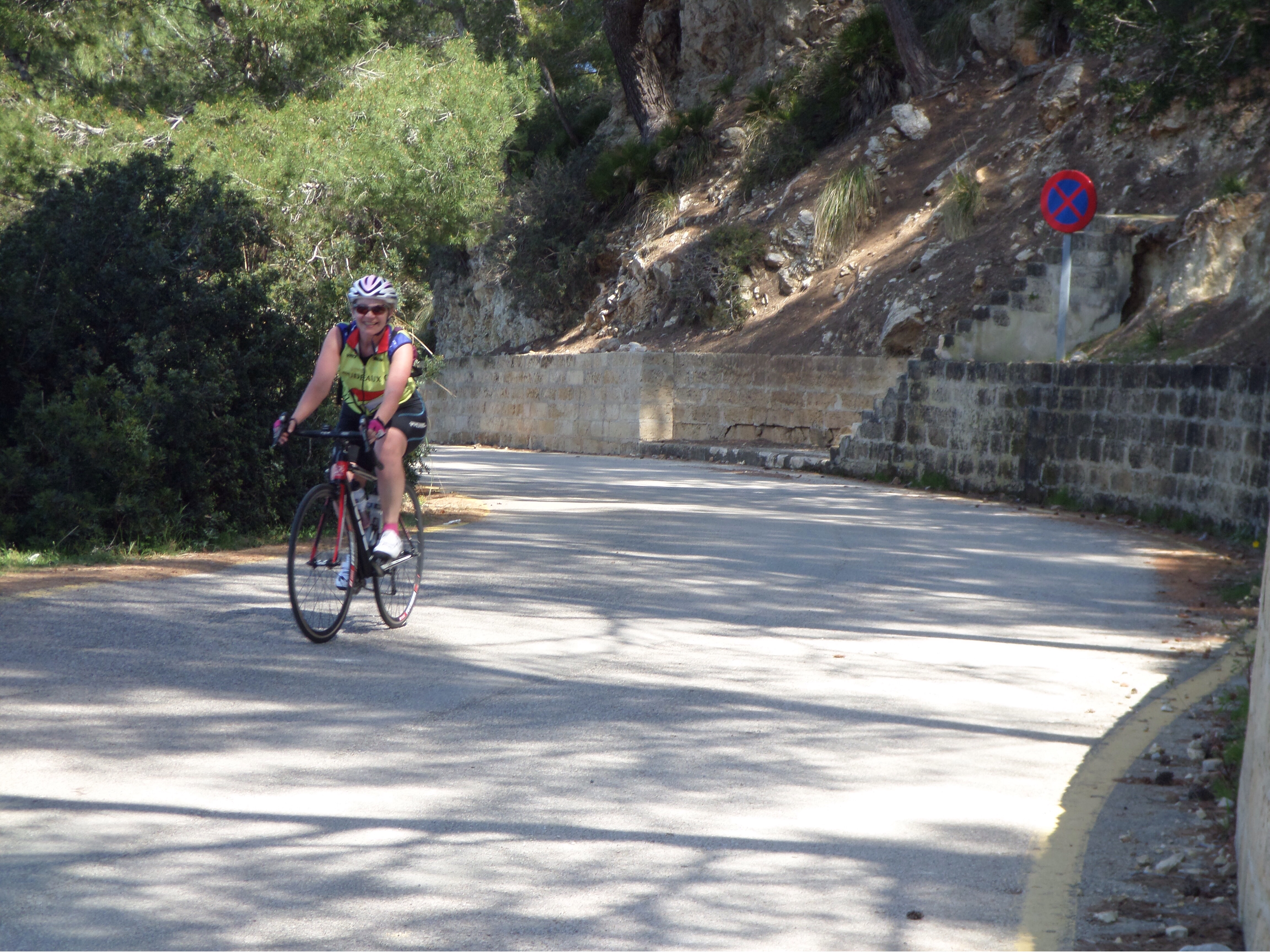 We returned via the beach, where things a starting to gear up now that the sunny weather is here . . . 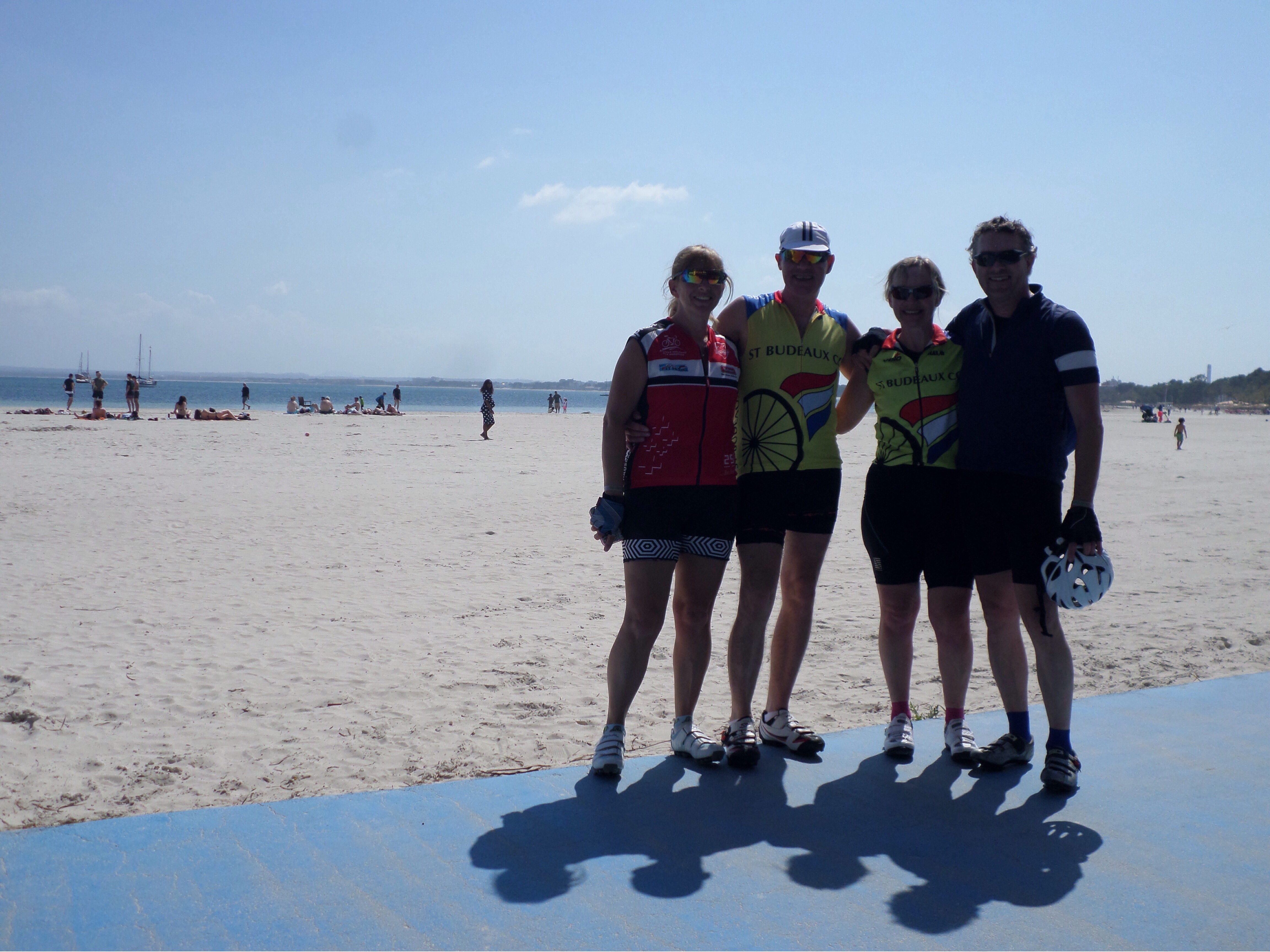