Two days, two climbs. Yesterday, Greg upped the pain on the two ‘recovering’ cyclists – me and S – and took us up the 8 km climb from Caimari to Lluc. My Spanish is very thin, but I now know that Lluc is pronounced Yook and, by extension and much more importantly, the beer Estrella is pronounced Estrooya. It’s vital to get these nuances of communication correct. Anyhow, back to the story . . . having trained up for 4 solid days of 45 milers we upped the anti to a 62 miler with a solid 580 m continuous climb thrown in. This was S’s first proper climb – you know what I mean, not up to Princetown or the Bwlch- so we were interested to see how she would fare. Well, she made it no problemo and even managed a celebration at the top amongst all the racing snakes and fancy-bike types (not a proper steel lugged frame in sight) . . . 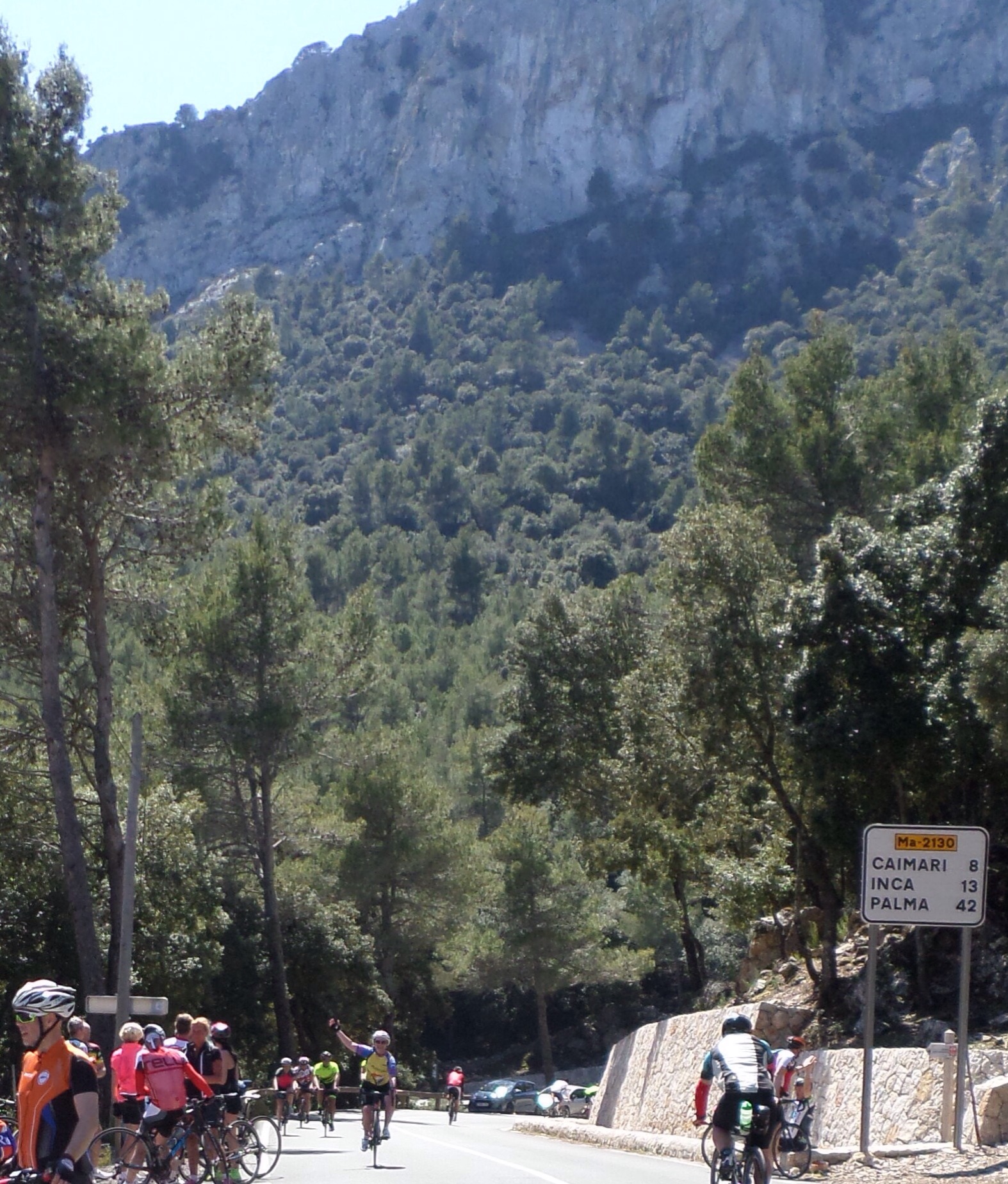 The top of the climb is actually the Coll de sa Batalla and the monastery of Lluc is down below a few km – always a treat when you have to cycle up then down, knowing that you have to cycle back up again before you can go down. We returned the long way, and the lack of fitness certainly made itself felt, not to mention the lack of saddle hardening – Oh for my comfy Brooks saddle which is formed to the shape of my bum.

Today we set off along the coast to Cap Fermentor – another up-down-up sort of ride. The weather has been fantastic and we are in the pre-season before the ‘Watneys Red Barrel’ crowd turn some parts into Treco Bay on a an August bank holiday . . . 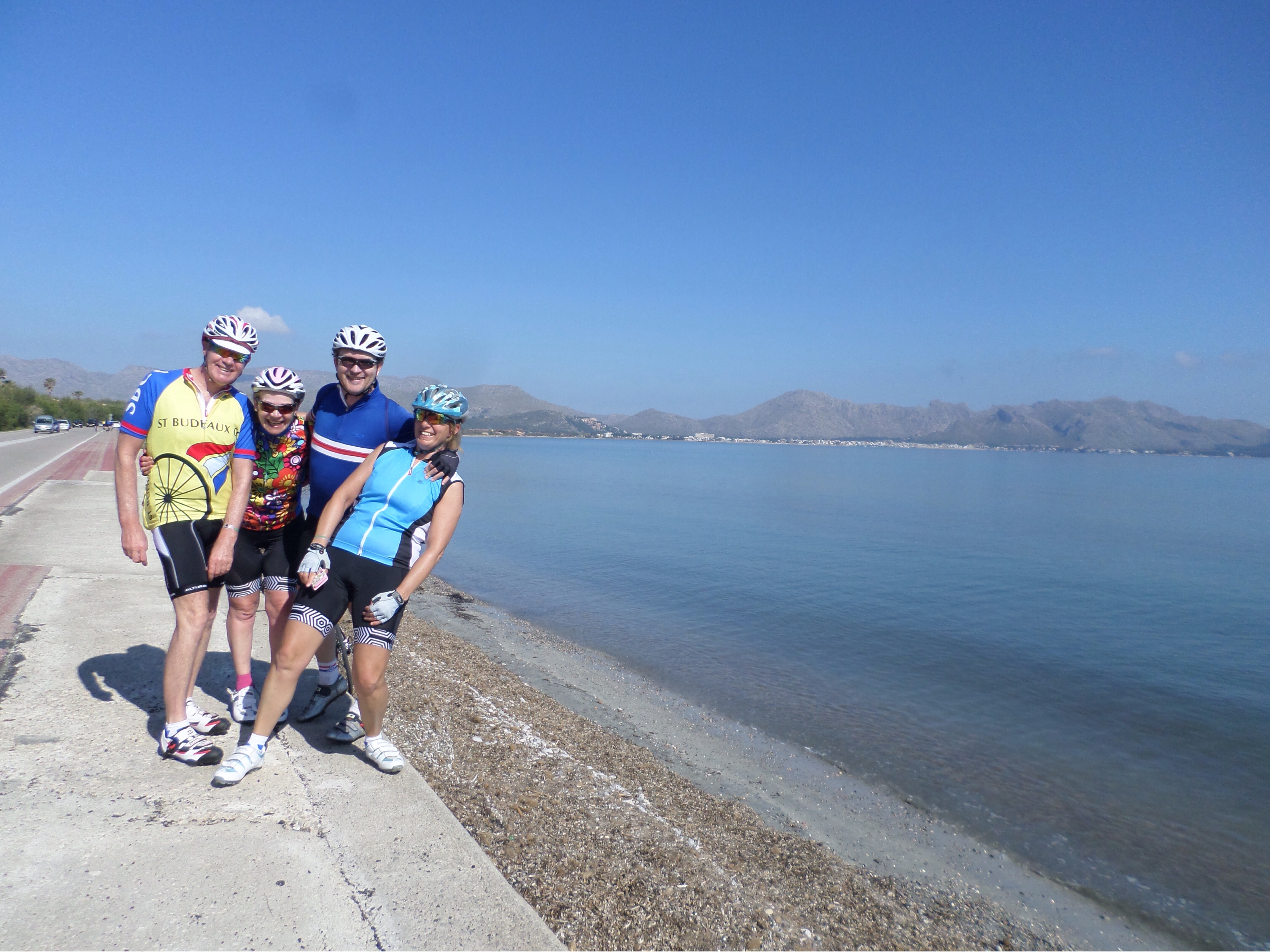 The ride to Cap Fermentor, a promentory in the northeastern tip of Mallorca, is spectacular . . . 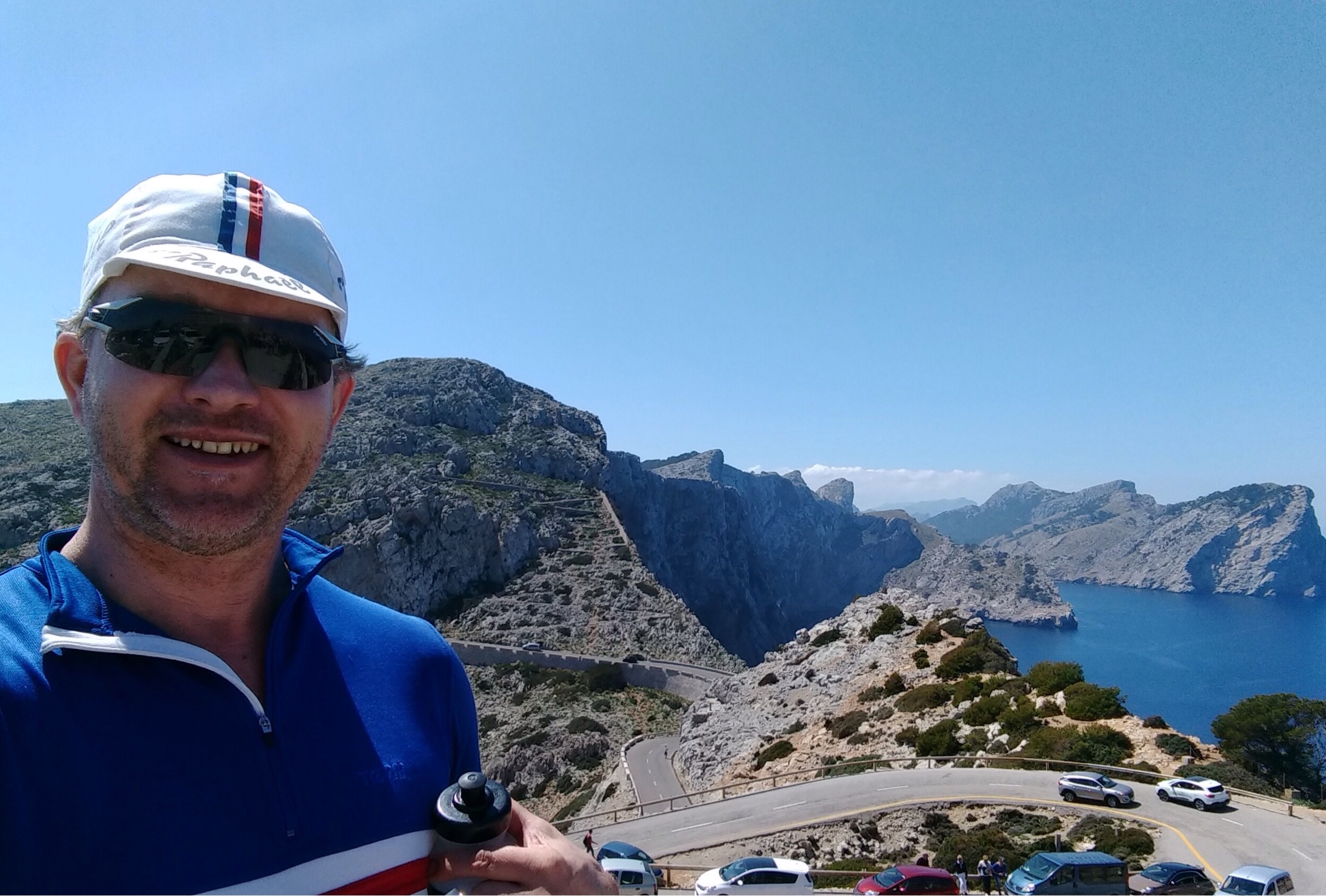 But we did have to get there by bike, and S was wearing her camo’ top again, so hard to spot her amongst the flora . . . 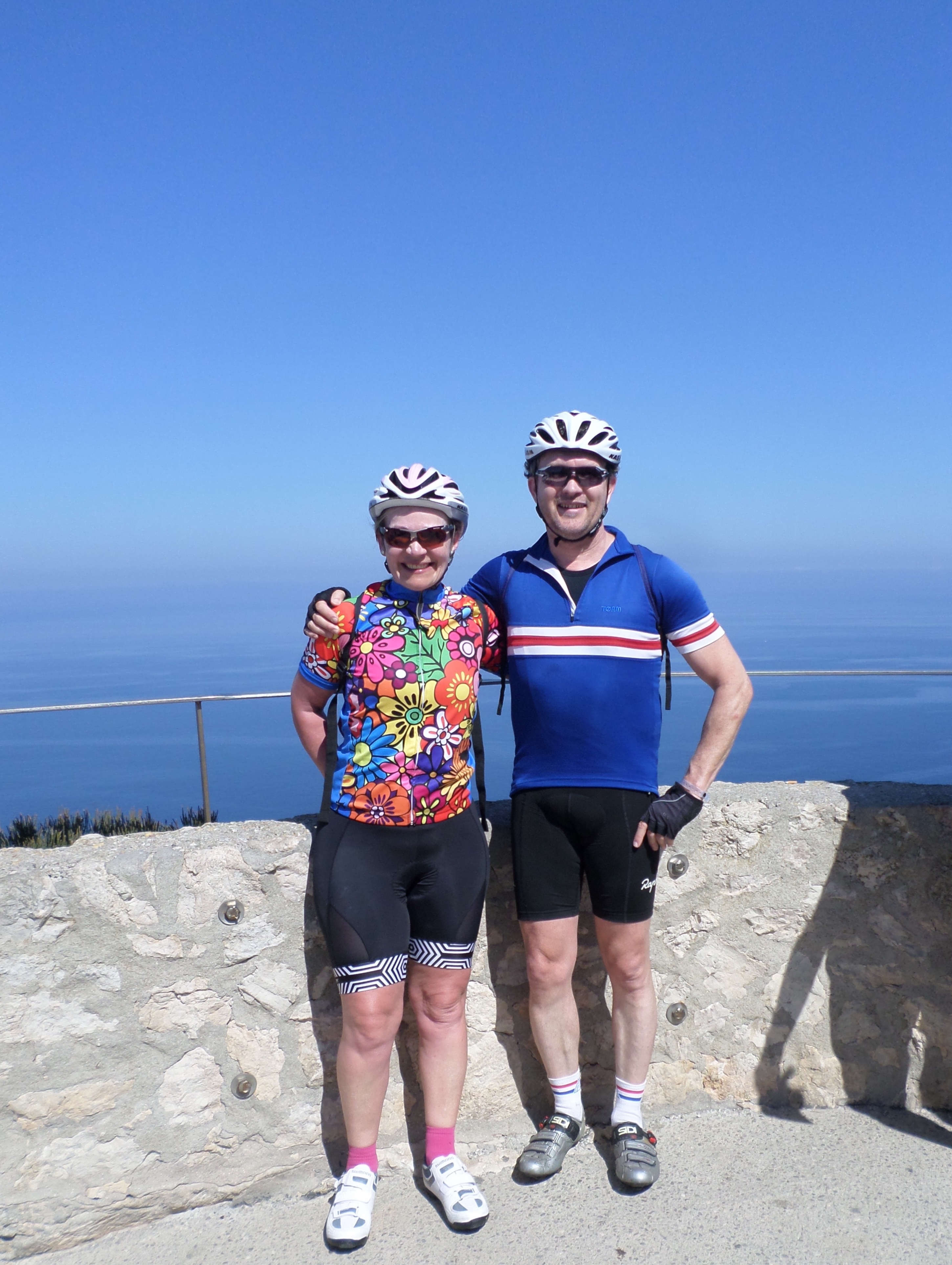 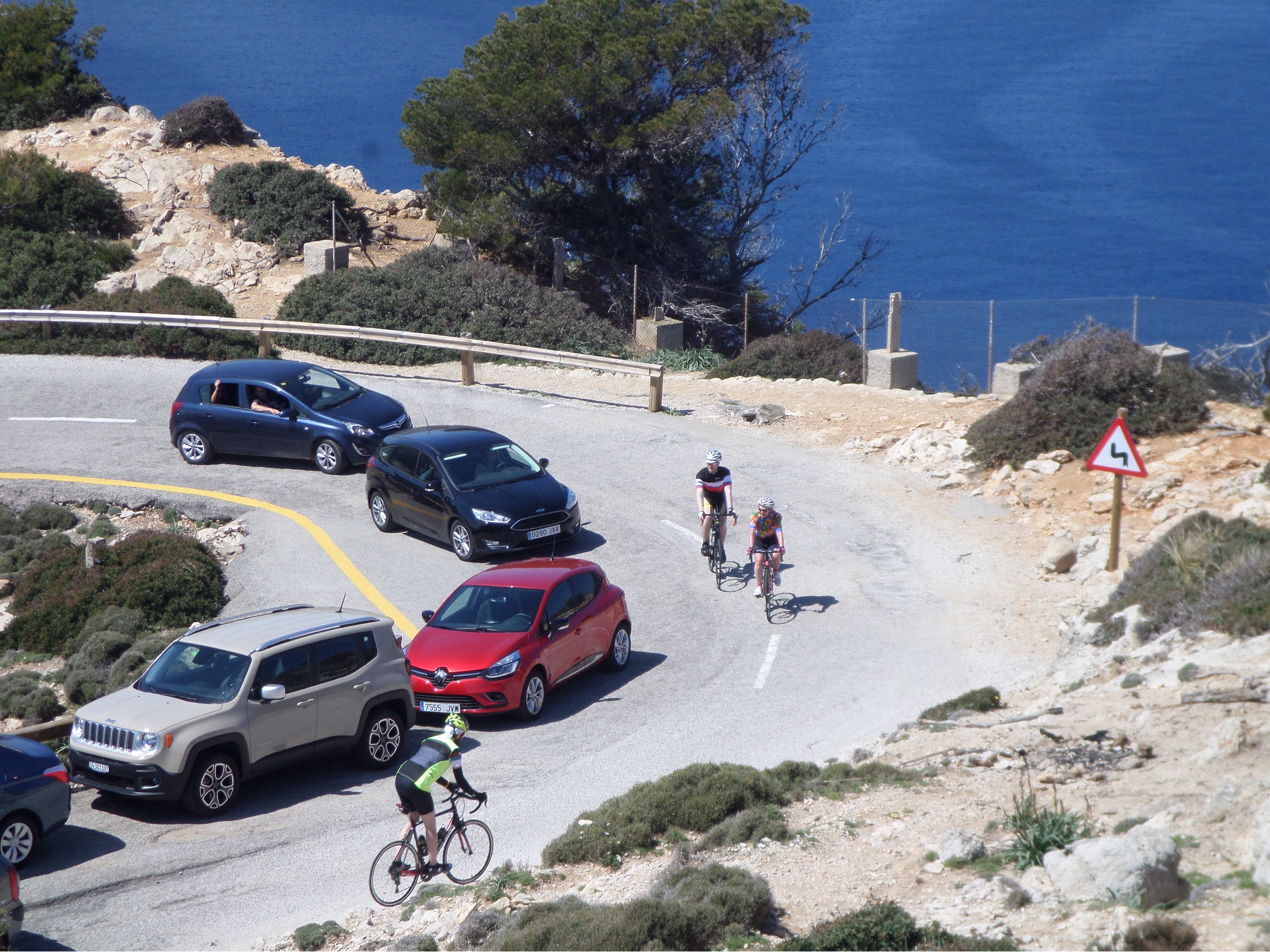