Another day on the bike, so we cycled once more to Cleguerec to see another race, this time a 2nd and 3rd category criterium around the village. The course was 16 circuits of a 5.4 km course, so we positioned ourselves just before the the finish, which is invariably at at the crest of a hill to inflict maximum pain as the competitors vie for the intermediate sprints at the end of each circuit . . . 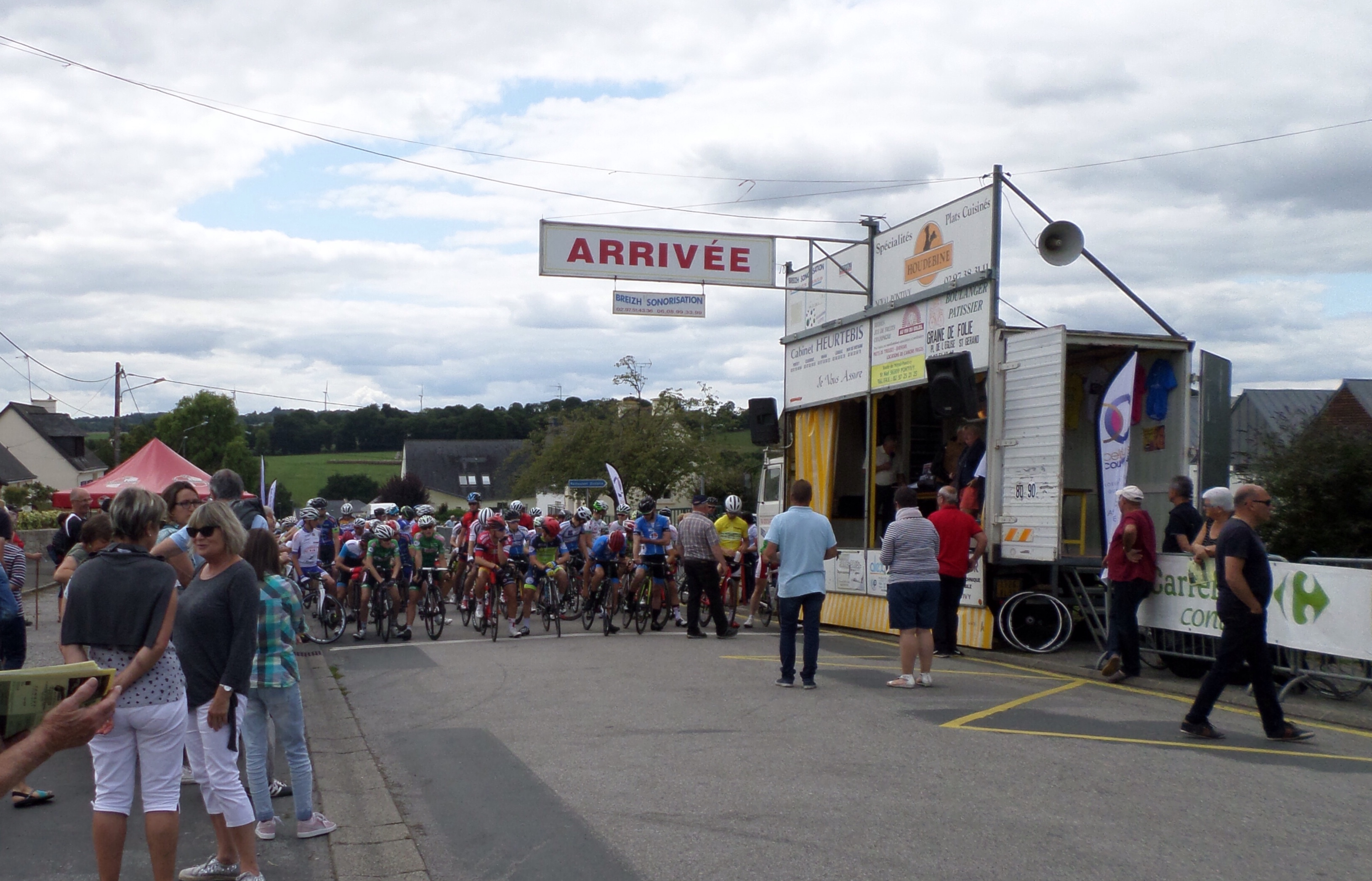 Prior to the race we enjoyed a leisurely lunch at the local créperie, then idled in the Sun as the racers busted a gut to grab the points. Here you can see S with an energy drink, somewhat selfishly failing to proffer it to the passing riders . . . 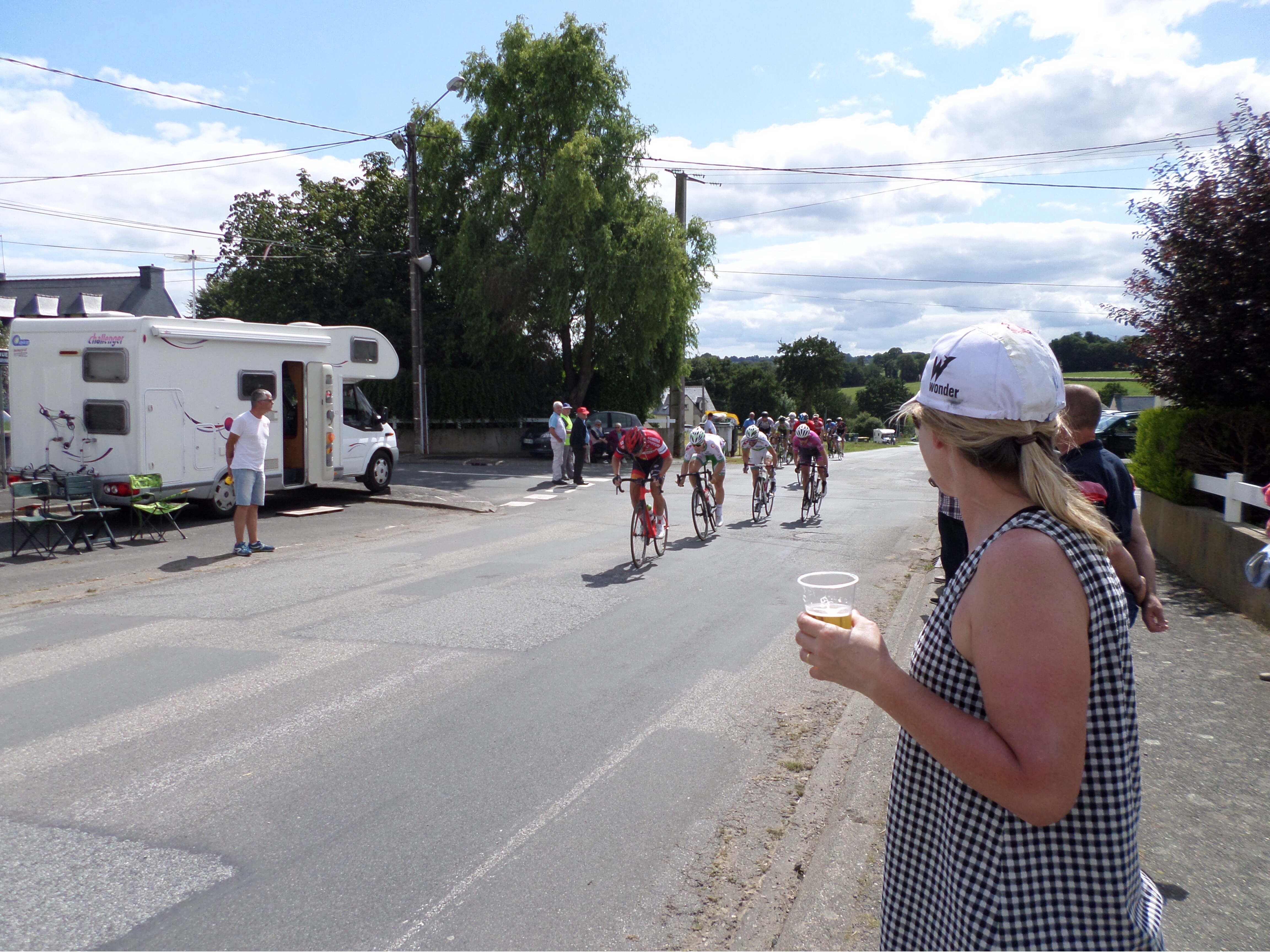 Saints and a Chaos of Champignons

I am serially astounded at the unusual attractions to found in central Brittany. We had decided to take a day off the bike and go out to lunch with Peter & Keith. They suggested that we first have a walk through the ‘chaos’ of Trémargat. Regular readers will be familiar with the boulder strewn valley at Huelgoat, which boasts the famous ‘Roche Tremblant’, the ‘Champignon’ and ‘Le Gouffré’. In this case, erosion had filled a narrow, wooded river-valley with a jumble of granite boulders at the base, through which the headwaters of the Blavet flowed . . . 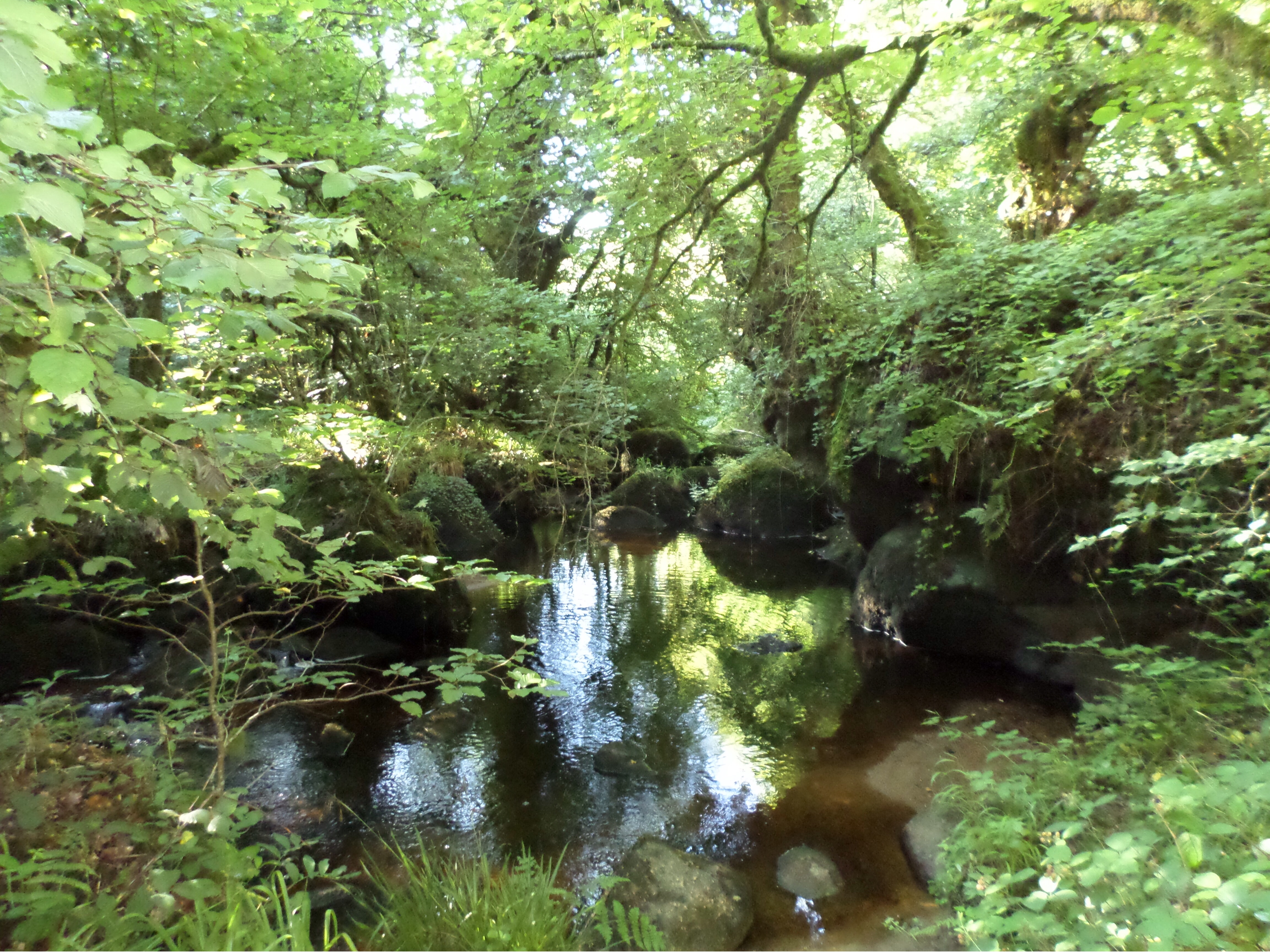 The almost complete absence of visitors meant that the flora remained largely undisturbed, so it was with fascination that I encountered more different types of fungi growing on the forest floor than I have ever seen . . . 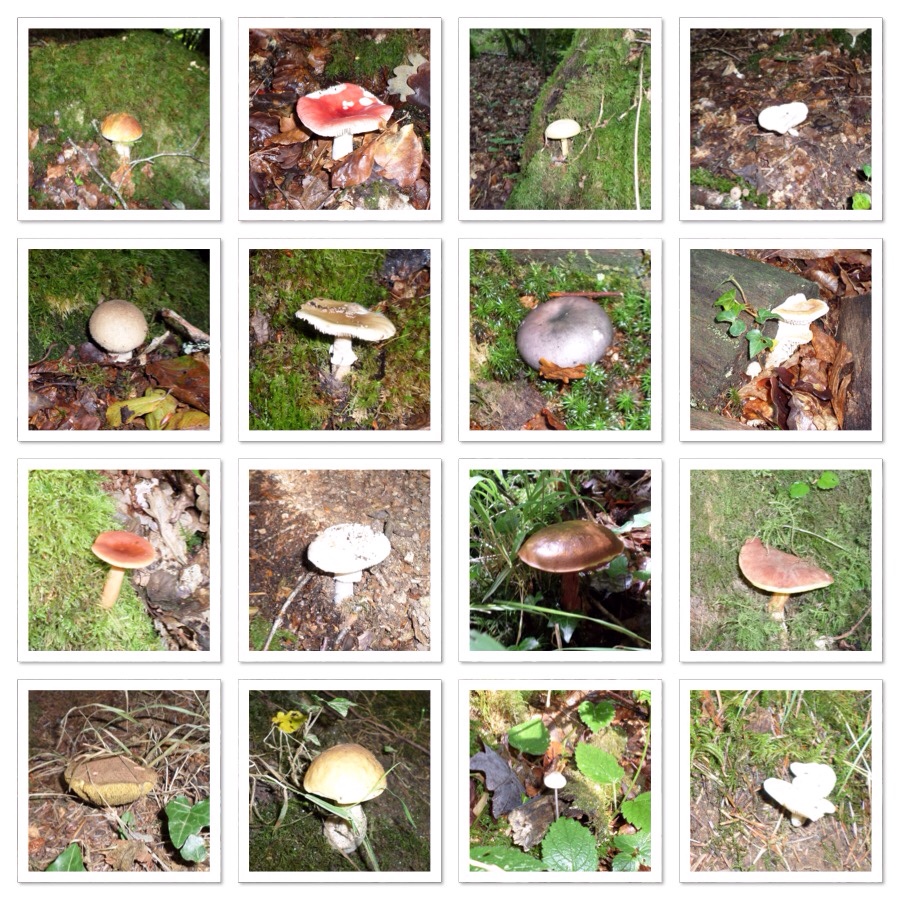 . . . family, genus and species on a postcard. I dread to think of the pranks their occupants will play upon us later?

After our trek through a this temperate rainforest we repaired to lunch at the Coriandre, a quite unexpected ‘new age’ restaurant in the middle of nowhere, where the food was reminiscent of an Ethiopian restaurant I once visited while in Detroit – which, dear readers, is quite another story . . . Detroit I mean. Anyhow, after lunch we were taken to yet another ‘who’d have bloody well thought that this was here’ attraction – a field full of monolithic granite sculptures that represented the celtic saints . . . arranged in a field near Carnoët. The site must originally have been some sort of neolithic settlement judging by its elevated aspect and the motte and bailey type structure at the summit and it was surrounded by scores of sculptures of varying design . . .

Here you can see S puzzling over the significance of this particular example . . . 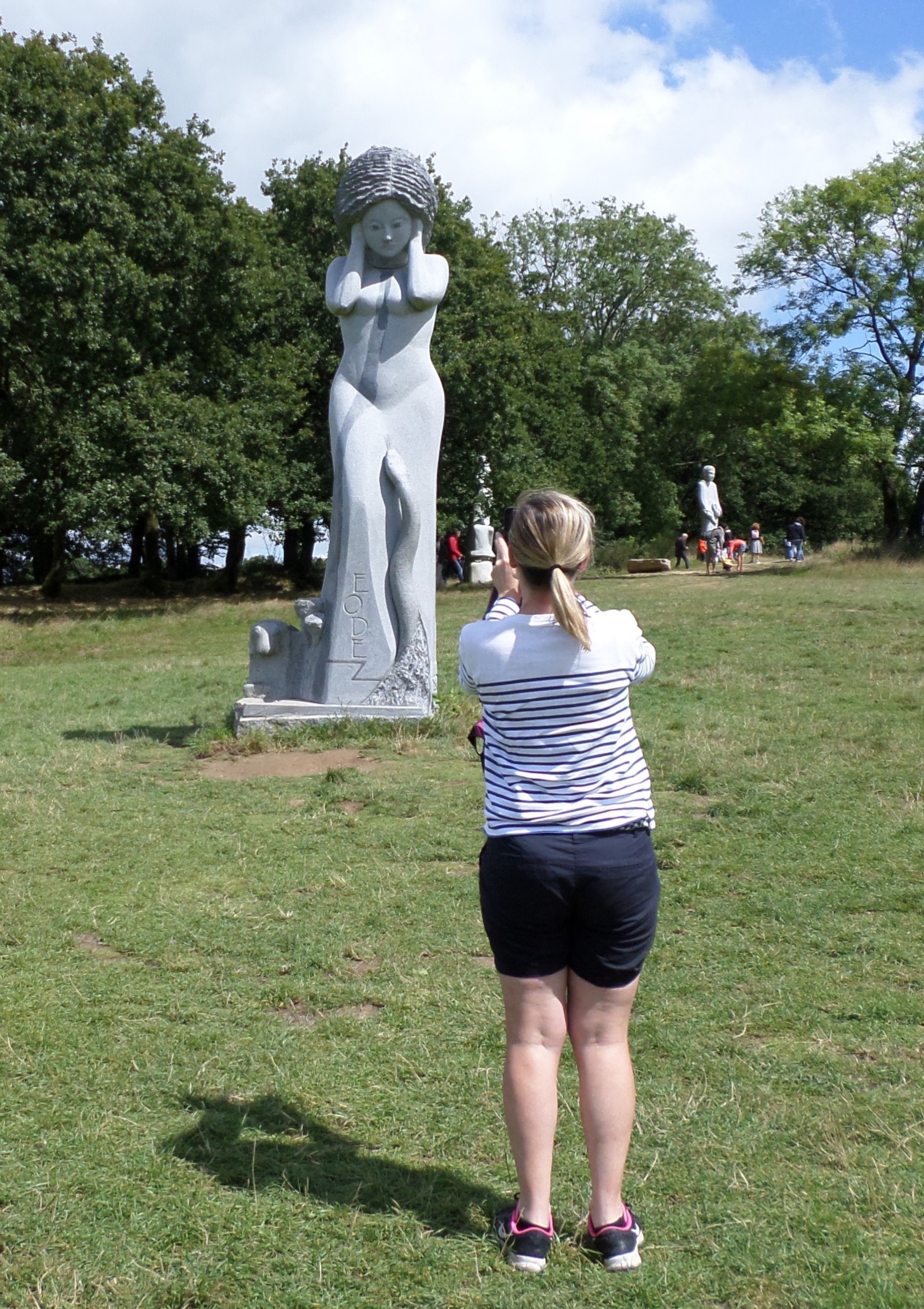